bneGREEN: The need for nuclear in the energy transition 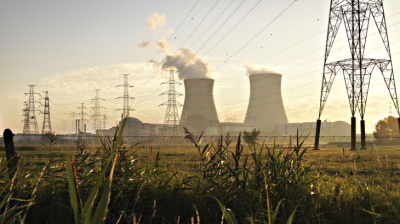 Nuclear is set to make a "comeback" and sees capacity doubling between 2020 and 2050, from 413 GW to 812 GW, the International Energy Agency (IEA) said in a recent report entitle Nuclear Power and Secure Energy Transitions.

However, achieving net zero globally by 2050 will be extremely hard without continued investment in nuclear energy

The report said that nuclear was the second largest source of low-emission power after hydropower, with 32 countries having nuclear power plants (NPPs). However, it warned that 63% of reactors are now more than 30 years old, and the sector now faces the soaring costs of closing or upgrading elderly technology alongside building new reactors.

IEA Executive Director Fatih Birol said: "In today’s context of the global energy crisis, skyrocketing fossil fuel prices, energy security challenges and ambitious climate commitments, I believe nuclear power has a unique opportunity to stage a comeback. However, a new era for nuclear power is by no means guaranteed. It will depend on governments putting in place robust policies to ensure safe and sustainable operation of nuclear plants for years to come – and to mobilise the necessary investments including in new technologies.”

However, he warned that Russia and China are dominating the sector, with 27 out of 31 reactors that started construction since 2017 being Russian or Chinese designs."

Indeed, by 2050 developing economies will dominate new reactor construction, while nuclear’s share of total global generation will fall to 8%. By contrast, renewables will account for 90% of power generation if the world meets net zero in that year.

Emerging and developing economies will account for more than 90% of global growth, with China set to become the leading nuclear power producer before 2030.

Advanced economies collectively see a 10% increase in nuclear, as retirements are offset by new plants, mainly in the US, France, the United Kingdom and Canada.

The report highlighted that the sector faces rising costs, and that these must be cut in order for it to remain competitive with renewables.

This means completing nuclear projects in advanced economies at around $5,000 per kW by 2030, compared with the reported capital costs of around $9,000 per kW (excluding financing costs) for first-of-a kind projects.

There are some proven methods to reduce costs, including finalising designs before starting construction, sticking with the same design for subsequent units, and building multiple units at the same site. Stable regulatory frameworks throughout construction would also help avoid delays.

SMRs, generally defined as advanced nuclear reactors with a capacity of less than 300 MW, have strong political and institutional support, with substantial grants in the US, and increased support in Canada, the UK and France. This support makes it possible to attract private investors, bringing new players and new supply chains to the nuclear industry.

The IEA recommended that in order to meet these targets, governments must extend the lifetimes of power plants, and make electricity markets value dispatchable low-emissions capacity.

Finally, they must implement solutions for nuclear waste disposal and involve citizens in prioritising approval and construction of high-level waste disposal facilities in countries that do not yet have them.

This is a key issue for nuclear power, and the source of much opposition to the sector. The problem of waste is also the main reason why many in the green movements do not view nuclear power as a green technology and do not see it as part of the energy transition.