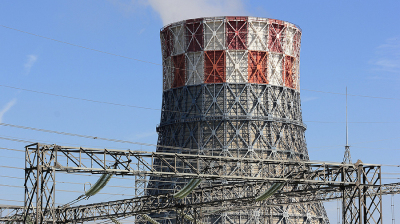 Chinese President Xi Jinping made a commitment at the UN General Assembly on September 21 not to build any new coal-fired power plants abroad.

The announcement is significant for the Western Balkans region as China has been supporting several projects to build new coal-fired power plants, concentrated in Bosnia & Herzegovina and Serbia.

While Xi didn’t elaborate on whether this would also apply to projects that are already active (but not under construction) such as the expansion of the Tuzla coal power station in Bosnia, it is a further blow to those who aspire to expand coal generation capacity, especially given several of the projects are already mired in controversy.

“We need to improve global environmental governance, actively respond to climate change and create a community of life for man and nature. We need to accelerate transition to a green and low-carbon economy and achieve green recovery and development. China will strive to peak carbon dioxide emissions before 2030 and achieve carbon neutrality before 2060. This requires tremendous hard work, and we will make every effort to meet these goals,” Xi told the UN General Assembly.

“China will step up support for other developing countries in developing green and low-carbon energy, and will not build new coal-fired power plants abroad,” he added.

In recent years China has stepped up its presence in the Western Balkans, as well as the wider Central and Southeast Europe region, where it has invested heavily into energy and transport infrastructure projects. When Chinese growth started to slow a decade or more ago, the major Chinese engineering conglomerates started pursuing new opportunities abroad. Typically, such projects are financed by loans from Chinese state-linked banks and carried out by Chinese construction companies. This has led to concerns about the indebtedness of countries such as Montenegro that borrowed heavily from China, as well as about the transparency of the loan agreements.

Nonetheless, China’s willingness to finance coal power projects made it a welcome investor in countries like Bosnia and Serbia at a time when the major international development banks active in the region have said they will no longer finance coal projects. This led to the scrapping, for example, of the planned Kosova e Re power plant in Kosovo after the World Bank said it would not finance the project. Despite the aspirations of countries across the region to join the European Union, several have failed to meet their commitments on reducing emissions, with harmful effects on health in the region and beyond.

“President Xi Jinping's statement is the perfect opportunity for both the local and Chinese partners to withdraw from these projects, which will undoubtedly turn out to be liabilities rather than assets,” Pippa Gallop, research co-ordinator at CEE Bankwatch Network, told bne IntelliNews.

“A third of Bosnia and Herzegovina’s, and two-thirds of Serbia’s planned coal projects are reliant on Chinese investment. This puts them in a position to terminate their new coal plans and explore retiring their existing fleets by 2040,” they added.

The Europe Beyond Coal coalition called for the coal power plants Kostolac B3 in Serbia, and the Tuzla 7, Ugljevik III and Banovići in Bosnia to be cancelled, according to a statement emailed to bne IntelliNews. It called China’s commitment to ending support for new coal overseas, together with Turkey’s announcement at the UN General Assembly that it intends to ratify the UN Paris climate agreement, a critical blow for coal power in Europe.

All four coal power projects in Bosnia and Serbia — Kostolac 3 in Serbia, and Banovići, Tuzla and Ugljevik III in Bosnia — have Chinese companies involved.

“While we welcome China’s decision to draw a line in the sand and commit to ending its support for new coal projects abroad, this needs to be backed up with concrete actions,” said Denis Zisko of the Center for Ecology and Energy in Bosnia, as quoted by Europe Beyond Coal. “China should start by ending its involvement in the new Tuzla 7 coal-fired plant project. It’s currently stalled and mired in scandal. It's an unwanted burden for the local community.”

Following Xi’s announcement, the Bosnian Federation’s Minister of Energy, Mining and Industry Nermin Dzindic said this will affect the construction of Block 7 of Tuzla Thermal Power Plant, and called for the project to be terminated, Fena news agency reported.

“If the decision is as we heard from the media, then we should sit down and think about the directions to stop this project in a regular, legal and the only correct way,” said Dzindic.

Discussions are already underway within the Bosnian Federation about whether to move forward with the Tuzla power plant expansion. The project received a setback in July when it was revealed that General Electric (GE), a key subcontractor, had withdrawn.

Dzindic commented to Fena on discussions between the Federation government and the parliament on the issue. “Last week, we received official information from the parliament to propose certain conclusions that will be treated during the debate. This information was sent by the line ministry to [power utility] Elektroprivreda BiH, the supervisory board and the management board. We have given seven days to comment and submit working material to us through the conclusions of what should be debated in parliament. Therefore, the parliament gives the final consent, and the signatory of the contract is Elektroprivreda BiH, which is owned by the government of FBiH, with our strategic partner from China,” said Dzindic.

“In particular for Tuzla 7 the Chinese contractor, Gezhouba, has not been able to fulfil its original commitment due to GE pulling out of supplying the boiler. It is now offering what is likely to be an inferior alternative, so the FBIH government should anyway pull out of the project. President Xi Jinping's statement now provides an excellent face-saving opportunity for both sides to do this: China can show that it is implementing its new commitment, while FBIH can save Elektroprivreda BIH from this expensive white elephant project,” Gallop said to bne IntelliNews.

She also commented on another coal power project, in Bosnia’s other entity Republika Srpska: “For Ugljevik III as well, the concession-holder has not fulfilled its commitments and it is unclear why the Republika Srpska goverment keeps approving changes and deadline extensions. Again President Xi Jinping's statement provides the perfect opportunity to put an end to the agony of this project once and for all.”

Meanwhile, Serbia has taken a loan from China's Exim Bank for a project to expand and reconstruct the Kostolac coal power plant. However, even before the latest decision by China, the opposition parties in Serbia expressed dissatisfaction and concern over Chinese investments in infrastructure projects in Serbia. “Instead of using grants and favourable EU loans, we take expensive Chinese loans. Chinese projects are more expensive than those financed by international financial institutions,” opposition representatives said, as quoted by local media.

One issue for the region is that it will take time (and money) to build up the renewable energy generation capacity to replace coal power.

Serbian Mining and Energy Minister Zorana Mihajlovic told the RES 2021 Conference earlier this month that least €5bn will be invested in renewable energy sources (RES) in Serbia as part of an investment cycle worth €17bn. Serbia is currently dependent on coal power, but by 2040 it aims to produce at least 40% of its energy obtained from RES, and more than 50% by 2050.

At the UN General Assembly, the Chairman of the Bosnian Presidency Zeljko Komsic said the country currently has about 40% green capacity for electricity generation.

“However, gradual shutdown of thermal power plants, and thus most of the mines, which is expected of us in the next 25 to 30 years, will cause a shortage of electricity that can hardly be replaced in timely fashion by the green energy capacity, while preserving rivers and ecological biodiversity, in accordance with international norms,” Komsic told the assembly on September 22.

“I believe that many other states present here face those [challenges] as well. However, Bosnia & Herzegovina stands behind its promise to contribute to reduction of greenhouse gas emissions,” he added.