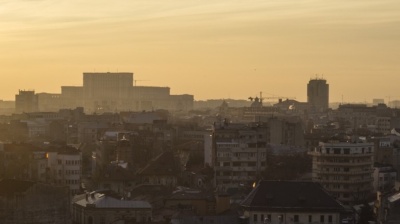 By Iulian Ernst in Bucharest September 24, 2020

The 40% pension hike adopted by the Romanian parliament with the budget amendment bill on September 22, opening the door to a scenario nobody thought might come true given its hard-to-predict implications, prompted serious concerns among local and foreign investors in Romania.

Romania's parliament passed the budget revision bill on September 22 after amending it to leave untouched the 40% pension hike in September 2020, set through the Pension Law last year.

At this moment, analysts perhaps still think that “this cannot be true”, the words used by Finance Minister Florin Citu in the joint sitting of the parliament when the vote took place.

The government, which intended to tone down the rise to 14% this September, said that it would refer the bill to the Constitutional Court.

But the case is not straightforward, and the investors' fierce reactions reflect this.

The shock prompted by the parliament’s decision was as strong as the political strategy behind Social Democrats’ decision to promote legislation entailing huge public expenditures remains unclear.

The Social Democratic Party (PSD) is the largest party in the current parliament, despite being pushed out of government last year. The pension hike originally appeared to be a ploy to force the National Liberal Party (PNL)-led government into telling pensioners they couldn’t have the increase after all, an unwelcome message due to be delivered a few months ahead of this autumn’s general election. The pension increase became even less affordable after the coronavirus pandemic.

However, the support provided by the Democratic Union of Hungarians in Romania (UDMR) — typically a moderate party — for the 40% pension hike suggest that the Social Democrats may have proposed a post-electoral alliance to achieve a majority in parliament. This would mean that the Social Democrats believe that they can finance the 40% pension hike — a scenario that is seen as impossible by every analyst, including those from the major rating agencies.

Technically, any downgrade, be it only one notch, would put the country's debt in the non-investment grade (junk) basket for foreign investors, ironically just after the local exchange made it to the big league of emerging markets by the standards of FTSE Russell.

Investors' associations have already expressed fears that public investments, already at a low level, will be squeezed out, while the deterioration of the public sector's balance could push down the sovereign rating, thus laying the grounds for a deep economic crisis.

Organisations representing business and investors have universally slammed the move.

The Romanian economy cannot support the 40% increase in pension expenditures, given the negative evolution of the global and inherently national economy, caused by the COVID-19 pandemic, according to the Coalition for Romania's Development (CDR).

"The business community is deeply concerned about the structural changes that the measures adopted by parliament will generate in the state budget, which will no longer have resources for investments, although they should be the engine economic recovery," the CDR said in a statement issued on September 23.

Romania will have to face additional costs when borrowing internationally to finance pension growth, which will deepen the budget deficit and trigger the spiral towards an economic crisis, the CDR explained.

The Romanian-German Chamber of Commerce (AHK Romania), which represents German investors in Romania, said that the 40% pension hike represents a major risk for the Romanian economy and jeopardises the economic recovery.

"Of course, we all want to increase wages and pensions in Romania for achieving a higher standard of living. But this cannot be done without serious impact studies and without taking into account the current economic context," the AHK said in a statement.

A sustainable budget would give investors confidence in Romania as an investment location and increase the country's competitiveness, German investors explained.

"These changes will have an impact on Romania's ability to access significant amounts of European funds and could trigger changes in the ratings of international agencies," the Foreign Investors Council (FIC) said in a press release. One of the major problems with such a large budget deficit (11% of GDP as projected by the National Bank of Romania) is the difficulty or even impossibility of financing it on the financial markets, the FIC warned.

US pledges up to €1bn for EU's eastern Three Seas region