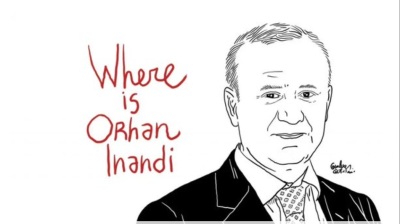 #CaptiveInTurkishEmbassy is one of several hashtag campaigns that have broken out on social media on behalf of Orhan Inandi.
By bne IntelIiNews June 17, 2021

If it is indeed correct that Turkish educator Orhan Inandi was kidnapped by Turkish intelligence agents and is being held in Turkey’s embassy in the Kyrgyz capital of Bishkek then Ankara’s expressions of outrage in the wake of Saudi Arabia’s October 2018 slaying of dissident journalist Jamal Khashoggi in the kingdom’s Istanbul consulate may start to smack of mock horror. 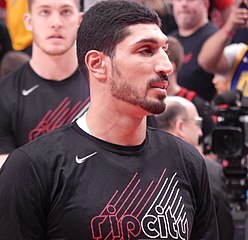 Inandi’s case was this week taken up by Enes Kanter, a center for the Portland Trail Blazers of the National Basketball Association and also a human rights activist. Kanter, who moved to the US from Turkey at the age of 17 to pursue his professional basketball career and who has drawn the ire of the Turkish regime for his stinging criticisms of autocratic President Recep Tayyip Erdogan, penned a piece on the plight of Inandi for The Washington Post, the newspaper Khashoggi was writing for regularly prior to his horrific end at the hands of a Saudi murder squad.

Like Inandi, Kanter is associated with the Gulenist movement that Erdogan has claimed was responsible for orchestrating the 2016 attempt to topple him, though the leader of the Gulenists, self-exiled Turkish preacher and former Erdogan ally Fethullah Gulen, resident in Pennsylvania, has always denied any involvement.

“Woke up to loud bangs”

In his article for the Post, Kanter writes: “At around 2:30 a.m., I woke up to the loud bangs on my hotel room door in Indonesia, where I went to hold a basketball camp for schoolchildren back in 2017. ‘We have to leave the country immediately,’ my manager told me frantically.

“It appeared that Turkish intelligence agents were on their way to capture me and send me back to Turkey. Three hours later, we were on an emergency flight to Singapore, and then to Romania. Turkey missed its chance to arrest me but canceled my passport and forced me to remain stranded in Romania. 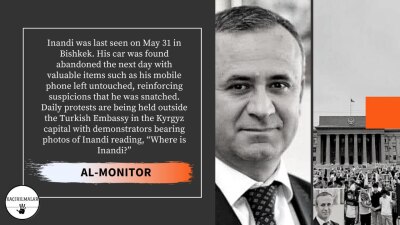 “But I was lucky, unlike Orhan Inandi, a Turkish educator in Kyrgyzstan who was kidnapped by Turkish agents last month and is believed to be kept in the Turkish Embassy in the country’s capital. Despite international pleas, Inandi’s fate is still a mystery.

“This Jamal Khashoggi-style detention is part of Turkey’s global campaign to locate, kidnap and bring back Turkish dissidents.”

Kanter relates how ex-president Donald Trump’s former national security adviser Michael Flynn was offered millions to help forcibly remove cleric Gulen in 2016, adding: “Gulen resides in rural Pennsylvania, and the Turkish government blames him for all the country’s woes. Last month, Turkey said its intelligence agents captured Gulen’s nephew, a schoolteacher in Kenya, and brought him back to Turkey.

“The Turkish government has requested the extradition of Gulen from the United States for many years, but Washington says Turkey failed to present any evidence of tangible wrongdoing by Gulen.”

‘Tens of thousands have mobilised’

According to Kanter, inspired by the teachings of Gulen, Inandi went to Kyrgyzstan, where he is now a Kyrgyz citizen, after the collapse of the Soviet Union to start science-based schools in the country. Tens of thousands of people in Kyrgyzstan, including lawmakers and officials, have mobilised to find and free the kidnapped educator, says Kanter, observing that his plight is similar to more than 100 Turkish citizens who were kidnapped and brought back to Turkey to face certain arrest and possible torture.

According to Freedom House, points out Kanter, Turkey has carried out illegal renditions from more countries in the past six years than any other country in the world. For a country that so often protests it is being unfairly blocked from progressing to European Union membership, this should be seen as entirely beyond the pale.

US President Joe Biden, who has conceded that Erdogan is an “autocrat” and that opposition parties in Turkey should be encouraged, appears to be attempting to set up a largely transactional relationship with Ankara. The freedom of regime victims like Inandi should be part of the equation.