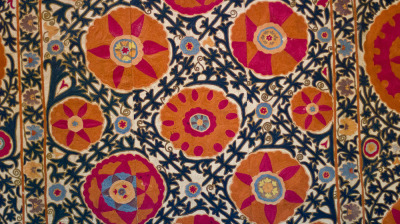 The first five-year plan for Uzbekistan's transformation has finished and the second to create a "New Uzbekistan" has begun that puts the emphasis on attracting private capital. International investors are interested, as it's the best investment story in the FSU, but there is a lot of work to do. / bne IntelliNews
By Ben Aris in Peterborough November 7, 2022

The second Uzbekistan Economic Forum held on November 4-5 in Samarkand was a big success. Businessmen and investors travelled from all over the world to come and see for themselves what is now probably the best investment story in Eurasia.

Uzbekistan, unlike most other countries in the region, is enjoying strong growth and will be one of the very few countries not to go into recession but continue its circa 6% a year expansion. On top of that, the conservative policies of the central bank have managed to contain inflation, although at 12% inflation remains uncomfortably high, while in most of Eurasia central banks are being forced to hike rates aggressively to contain runaway price rises.

But most encouraging of all is the extremely strong population growth, whereas most other countries in the region are suffering from a demographic disaster as the number of their citizens shrinks. Uzbekistan has the strongest population growth in the Former Soviet Union (FSU) and is on course to overtake both Ukraine and Poland in the next three years in terms of population, which will be the basis of long-term sustainable growth.

However, the fast growing population also presents the government with a challenge. It needs to provide jobs for its swelling ranks of young people, which is why the theme of the conference was “People at the Heart of Economic Reforms.” Both the government and the international financial institution (IFI) programmes are geared to promote the betterment of life of the ordinary citizen with a special emphasis on doubling incomes and improving both education and healthcare as the top priorities.

The conference marks the beginning of the second phase of reforms and a new five year plan. The last plan has been successful, as it laid the ground work for change, and the economy has responded well, with business activity visibly increasing and business people and investors reporting to bne IntelliNews that the climate has improved. Companies have moved beyond plans and are now investing and focused on expansion plans.

But the hard work lies ahead. While leading companies have embraced the easing of restrictions such as the currency controls and trade restrictions that has allowed them to grow, in this second phase the government must continue with deep structural reforms, especially those that will benefit the SMEs and micro-businesses if reforms are going to make a major impact on the lives of the man in the street.

The state remains heavily involved in the economy so privatisation remains a key change. The banking sector has been prepared and the first IPO of state-owned QQB is slated to happen before the end of this year. Likewise, the first shares in UzAvto and UzMetal are planned to happen soon with listings on the Tashkent Stock Exchange, which itself is in the process of being hooked up to the international payments and settlements system Clearstream. When that is completed then international investors will have direct access to the Uzbek capital markets. The experience of countries like Russia, Ukraine and Georgia was that once they were connected to Clearstream billions of dollars of investment capital flowed into the local capital market and became a major new sources of funding for both the government and leading local corporates.

But despite these encouraging developments, the delegates at the conference were under no illusion that the road ahead will be long and difficult. The IPO of the three leading companies will only be for small amounts of shares – less than 10% – and the companies will remain largely under government control. The process of privatising them and making them more transparent and accountable to their shareholders – the public and small retail investors included – will take several years. The modernisation of the legal framework to support private business and creating an attractive business environment is a long slow process that will take several years to complete. The gains will be slow down and be incremental, but they should be constant as life steadily improves.

The government showed that it understands the challenges ahead and is fully committed to carrying through on the reforms, but another recurring theme in most of the sessions at the conference was the world is going through a period of unprecedented “uncertainty.” Investors are already cautious about investing into a frontier market like Uzbekistan but now they are even more so due to the high geopolitical tensions both in Central Asia and in the FSU region in general.

Runaway inflation across the world and central bank aggressive tightening of monetary policy everywhere has affected Uzbekistan as it has made the cost of borrowing on the international capital markets more expensive. Hooking up to Clearstream will allow the government access to new international investment in its domestic bond market, where issues of soum-denominated bonds have recently topped $1bn and new innovative bonds like the first 10-year maturing issue and an inflation-linked bond have been issued in only the last few weeks. The European Bank for Reconstruction and Development (EBRD) also became the first foreign investor to buy a government soum-denominated Uzbek bond in November. But this process of integration into the international capital markets will take at least one year to complete, or maybe more.

In the meantime, in the face of the uncertainty the government has emphasised that it will switch and pursue the growth model on the basis of attracting private capital and is intending to use the PPP (private-public partnerships) mechanism to bring in outside capital in partnership with the state-backed investment programmes.

There have been some successful PPP projects already, such as the construction of a new and highly efficient gas-fuelled power station in Tashkent with Turkish partners, but PPP projects are hard to organise and cannot replace the more general foreign direct investment (FDI) the country needs to attract if it is to base growth on the inflow of private capital. Happily there are significant local private sources of capital that are being mobilised via the privatisation process of smaller assets via UzSAMA, which has prepared some 1,000 assets for sale worth about $1bn before the end of this year, the director told bne IntelliNews at the summit. Foreign investors are set to play a major role in the transformation to a “New Uzbekistan” that is the title of the second phase of Uzbekistan’s reforms, launched at the investment summit in Samarkand, but the local investors will play a significant role in driving the economy forward in the meantime as the transformations to make Uzbekistan an attractive investment destination continue.