COMMENT: Navalny was box office for a fortnight but a decade of obscurity beckons 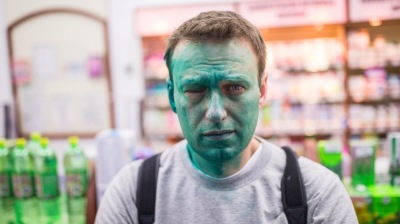 In WH Auden’s ‘Musée des Beaux Arts’ he writes about the banality of suffering, how it “takes place/ While someone else is eating or opening a window or just walking dully along”. The poem was inspired by Bruegel’s painting “Fall of Icarus” in which the mythical figure plummets to his death while the ploughman, the fisherman and the goatherd carry on about their daily chores, either ignorant or unmoved.

At this precise moment, I may not know exactly what Alexander Navalny is doing or more likely, what is being done to him in Prokov’s Corrective Colony IK-2, fifty-odd miles (80 km) east of Moscow. The probability is, though, that he’s suffering too, as I type or you read or they penalise and we all go on with our lives, either ignorant or unmoved.

Navalny’s physical bravery is beyond doubt. This is a man who has been imprisoned, beaten up, poisoned, temporarily blinded and had the pouch of his undercrackers smeared with a deadly nerve agent. It’s worth remembering all of this took place while his assailants were generally obliged to resort to some kind of subterfuge. Now his opponents, and they are legion, have him where they want him, behind locked doors, trussed up if necessary and painfully vulnerable to physical violence, never mind the psychological torture.

Why did he put himself in this predicament? Home is the place that when you go there, they have to take you in, observed Robert Frost. When Navalny flew back to Russia on Pobeda Airlines in January he knew the authorities would have to take him – to prison. They did. His homecoming message to supporters was “Meet me” but unfortunately the security services took him up on his offer too. Though they refuse to name him, the “Berlin Patient” or “Unknown Blogger” represents an intolerable threat to the Kremlin and his incarceration, therefore, was as inevitable as it was unnecessary.

Was this a miscalculation on his behalf? Perhaps it was. Surrounded by a bubble of admirers and supporters and aware of the international scrutiny his egregious mistreatment generated, it’s possible Navalny thought the world interest in his cause was sufficiently high that the Kremlin would prefer to avoid the creation of a cause célèbre and suffer his return like the provisional government allowed Lenin back to Russia, like a sealed bacillus, in 1917. Were promises made when he met Angela Merkel in Berlin after his treatment for poisoning last autumn? Surely neither he nor she would be so naïve? What commitments could anyone make when he was back on the home soil of a totalitarian state? It’s not as though there were no recent precedent. Mikhail Khodorkovsky had plenty of warnings that Putin was after him but he was foolhardy and paid a high price with ten years of his life. In the beginning there was an intense global focus on the arrest and farcical prosecution of Russia’s richest man and the dismantling of Russia’s biggest oil company but this did not serve to deflect Putin from his commitment to banging him up in a Siberian gulag, where he quickly posed no threat at all. Despite intense pressure from the international community Putin unequivocally demonstrated he was impervious to foreign influence and there was no moral dimension to his judicial system.

Navalny’s best weapon was his command of social media and his ability to reach an audience of millions with his snappy videos and consistent critique of the Kremlin’s kleptocratic cabal, “the party of crooks and thieves.” Cooling his heels in the Prokov slammer he is not going to get his message out and even if anything is smuggled in samizdat or Morse code tapped out on prison pipes, who could trust they were authentically his words? Who knows what bargains he will strike to guarantee his physical safety or his eventual release? We heard very little from Khodorkovsky during his time in Krasnokamensk. It’s tough to foment popular rebellion from inside a gaol cell. It was difficult enough in what passes for the free world on the outside.

During Khodorkovsky’s lost decade there were a handful of interviews with dogged reporters who schlepped out to Russia’s Far East but mostly it was silence. Even people like me who followed his case with a grim fascination knew almost nothing. Occasional enquiries in the public sphere were dismissed contemptuously by Putin. Inside the facility the one-time tycoon worked in a mitten factory when he was not in solitary confinement for minor infractions of prison regulations.

No one is strong enough to fight a battle against corruption when looking up at a prison guard instead of down brings instant punishment. Leading the revolution is impossible if you are sewing gloves or jumping up and down with other inmates while the Soviet anthem plays on the tannoy. No one can see him. No one can hear him. No one can protect him, least of all himself. His lawyers and supporters scarcely know his whereabouts on a daily basis. The only way of ascertaining this is by sending money to him. If it is accepted, then he is inside that institution. If not, he is elsewhere. This is a Russian penal system, which would be familiar to Anna Akhmatova who queued with food packages for her son outside Leningrad prisons in the 1930s and wrote Requiem in response to the indifference she met.

I would love to be proved wrong but I think Navalny has made a political miscalculation. The Kremlin is rarely susceptible to international pressure, especially when it comes to internal affairs. Putin will feel confident that he can ride out the current wave of protests in Russia as outrage is inevitably diluted over time and the rest of the leadership of Navalny’s organisation is picked off one by one. Navalny’s Smart Voting campaign may complicate matters for the Kremlin, make it more expensive and demand more transparently non-democratic measures to suppress it but when the threat is existential, Putin and his goons will rise to meet that challenge. If America or the EU were to make a huge gesture of solidarity it would have happened by now. Crimea did not weaken Putin fatally and Navalny won’t either. The infrastructure of the Mafia state is too powerful and well-established to be brought down other than from the inside.

The world’s attention is a frail and fickle thing, human memory is unreliable and sadly, for all but the most devoted of Navalny’s disciples, out of sight will mean out of mind. He’s fifty miles but light years away from power in Russia. He might hope to replicate Mandela’s long walk to freedom but more likely it’s a bullet train to oblivion.

‘…the expensive delicate ship that must have seen
Something amazing, a boy falling out of the sky,
Had somewhere to get to and sailed calmly on.’

Julian Rimmer is an investment banker and a veteran Russia watcher based in London.