Croatia sells €1.5bn Eurobond on most favourable terms to date 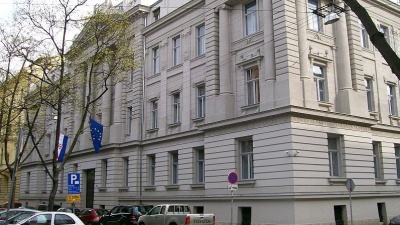 The bond, maturing in 2029, had an annual coupon interest rate of 1.125% and final yield of 1.324%, the most favourable terms achieved by Croatia to date.

A finance ministry statement noted that the final price was 30 basis points lower than the initially published price. The bond was sold without a premium, which unusual for international transactions this year, the ministry stressed.

“The record low interest rate reflects to a large extent the improvement of the macroeconomic picture and the reduction of macroeconomic imbalances in the Republic of Croatia, which has contributed to raising the country’s credit rating to investment grade,” according to the finance ministry.

The bond was issued a week after Fitch raised the Croatian credit rating from BB + to BBB, following S&P which also raised Croatia to investment grade earlier this year.

Zagreb reported “remarkable” interest from the international investor community, with demand totalling around €5.5bn, meaning the bond was about 3.7 times oversubscribed. A number of new names came forward for the issue, with the finance ministry describing a “very good geographical diversification” of investors spanning Central and East European countries, Germany, the UK and Ireland, Austria, France, the US and the Benelux countries.

The deal was arranged by Citigroup, Erste Group and JP Morgan.