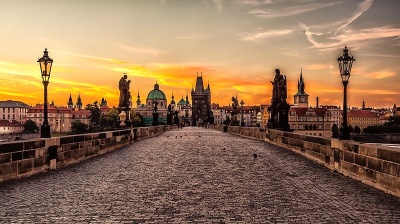 The top ranked company was the Polish manufacturer of custom packaging Packhelp, which grew by 9,077% during the four-year period. The second place was taken by the Czech logistics startup DoDo, followed by application for real estate rentals UlovDomov.cz (third) and the FAVI furniture search engine (fourth). Between 2016 and 2019, DoDo’s sales soared by 8,427%, UlovDomov.cz’s 5,535% and FAVI’s 3,389%.

“The Fast 50 always highlights for me the blistering pace of change that is taking place around us. The fact that 42 of this year’s 50 featured companies are new to the ranking demonstrates quite how young and energetic our fastest-growing and most innovative companies are,” commented Jiri Sauer, partner, Fast 50 Programme Leader Deloitte Central Europe, in his introduction to the report.

“This year, in fact, the average growth rate across all entrants stands at 1,460%, significantly ahead of last year’s 1,128%, which was also outstanding. In addition, with more than 300 companies vying to participate in the ranking, we are also seeing enormous strength in depth. And while we were as ever pleased to see so many entrants from countries such as the Czech Republic (21), Poland (15) and Croatia (5), we were also delighted to include companies from emerging economies such as Kosovo,” Sauer added.

Commenting on the success of Czech companies on the ranking, Sauer told the Czech News Agency: “The results of this year's Fast 50 confirm that technology companies are doing more and more well in Czechia. Local entrepreneurs are not only successful for the local or regional market, many of them already achieve significant success abroad, including the demanding US market.”

"The high growth of the awarded companies proves that technologies play and will play a key role in business expansion. This is confirmed by the current pandemic situation," added Deloitte technology company specialist Katerina Novotna.

As well as the 21 Czech entrants, the ranking of the 50 fastest growing tech companies included 15 companies from Poland, five from Croatia, three from Bulgaria, two from Slovakia and one each from Estonia, Kosovo, Latvia and Lithuania.

Deloitte also publishes its Rising Stars listing of that show great potential but are not mature enough to meet the criterion for the main Fast 50 category. Again, Czech companies led with 10 entrants, alongside nine from Poland, two from Bulgaria and one each from Bosnia & Herzegovina, Croatia, Kosovo and Slovakia.

This year, for the first time, the firm published an Impact Stars ranking for companies that have a clear ethical dimension at the heart of their business model. “This year, we are taking to new heights our commitment to recognising companies that are inspired by making an impact on the business, environment, society and diversity amongst employees,” commented Jarek Skvrna, CEO, Deloitte Central Europe, in the report.