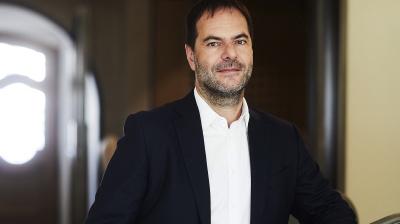 PPF, the largest Czech-owned financial group, reported an audited loss of €318mn for the first half because of goodwill writedowns on its disposals in Russia.

PPF attributed the loss to the costs associated with its exit from the Russian banking market and stressed that its telecommunications, media assets, as well as iconic tram manufacturer Skoda Group are all in the black.

In a press release, the privately-held group reports a total operating income of €2.48bn as of June 30, 2022, nearly unchanged from the corresponding period last year when the company recorded a profit of €188mn. As of June 30, PPF lists total assets of €40bn compared to €42bn as of December 31, 2021.

“The loss stems from Home Credit’s withdrawal from the Russian market,” commented PPF Group’s CEO Jiri Smejc and added that “it represents a statement of goodwill rather than a setback”. These were some of the first comments Smejc made on the results as the company’s chief for the first since he took over in the spring.

Smejc became the group’s CEO following a year of changes at the helm of PPF after its founder and long-time boss Petr Kellner died in a heliskiing accident last March. Smejc was also Kellner’s long-time business partner and was responsible for PPF’s expansion of operations in Russia after Vladimir Putin’s ascent to power.

PPF has been seeking to offload its big Russian operations after the imposition of sanctions on Russia following the Kremlin's invasion of Ukraine. In September the company announced it had completed the sale of Home Credit’s Russian branch and its subsidiaries to Russian-based investors as part of the  “process of divesting all Russian assets”.

Other divestments include the continued sale of company’s land and real estate portfolio, and the iconic tram and train wagons manufacturer Skoda Transportation leaving the Sinara-Skoda JV based in St. Petersburg where Skoda also supplied trains for the city’s metro system.

PPF’s Home Credit has also been leaving its positions in Asia and in November PPF agreed to sell two Home Credit operations in Indonesia and Philippines.

At the same time PPF has been active in Central and South-eastern Europe. Through its mobile operator Yettel it invested tens of billions of forints to modernise the mobile network in Hungary, boosting its 4G and 5G capacities there.

Smejc is also in control of Romania’s Premier Energy through his EMMA Capital Group. Premier Energy is the country’s third largest gas distributor and supplier and recently obtained from the EBRD a €30mn loan in support of energy security in the country. EMMA announced in September it acquireda  67% share in the Romanian betting company Get’s Bet and the Club King casinos. In November EMMA settled its transaction with Entain establishing the JV Entain CEE earlier in August.

EU and G7 agree on Russian petroleum product price caps
RBI's 2022 profits soar to €3.6bn, with Russian operations representing more than half
bneGREEN: Most growth in power generation by 2050 will be solar and wind – BP