FPRI BMB Russia: Kremlin sweetens the pot ahead of elections, but ready to play dirty too 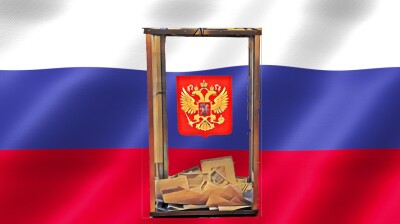 The Kremlin has ordered handouts to pensioners and servicemen ahead of the Duma election, but it is also setting up a new electronic voting system that allows it to easily fix the results. / wiki
By FPRI BMB Russia September 6, 2021

Now governors in the St. Petersburg, Kaliningrad, Tver, Pskov, Ivanovo and Bryansk regions are mimicking their commander-in-chief, doling out payments primarily to educators. Federation Council member and United Russia official Sergei Perminov said that the payments were not related to the elections scheduled in two weeks. Four of the governors lead United Russia’s lists in their respective regions for Duma. On top of the payments, state-controlled Rosneft, the largest retail gas provider in Russia, reduced its gas prices at the beginning of September by about 40 kopeks. The Public Opinion Foundation found that in August, 29% of Russians had been upset by a large increase in gas prices.

In addition to United Russia’s strategy of pre-election handouts, there may also be more nefarious strategies at play to secure victory. Znak reported that scores of new Twitter accounts encouraging voters not to turn out are bringing their message to the comments section of opposition politicians’ tweets, a message opposed by Alexey Navalny’s movement.

Hackers propagated the same anti-voting message when they were able to gain access to The Bell’s network. Novaya Gazeta obtained audio in which poll workers were being trained by a city official in Korolyov on how to rig results. Electronic voting is also being tested for the first time in six regions outside Moscow after having been piloted in the 2019 Moscow City Duma elections and the 2020 vote on constitutional amendments in Moscow and Nizhny Novgorod. Head of Navalny’s Smart Voting campaign Leonid Volkov said that electronic voting is a way for authorities to manipulate results without as much scrutiny as if they did so at polling stations. Smart Voting was piloted in 2019 by Navalny and his associates to vote for whoever the strongest candidate is against a United Russia opponent.

Anyone associated with Navalny has been prohibited from running for office as an extension of the court decision in which his organisations were designated “extremist.” BMB has previously discussed police knocking on Navalny supporters’ doors, in a move apparently ordered by the government, in an effort to prosecute Navalny for a data leak of supporter information. Some top Navalny associates have reportedly fled the country. The government has ordered Apple and Google to block Navalny’s app from their platforms, and has said that not doing so amounts to interfering in Russia’s elections.