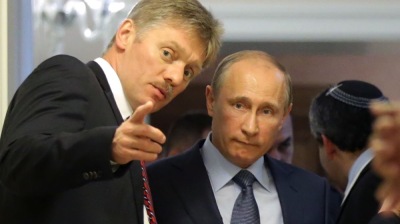 The "Putin is a killer" comment by US president Joe Biden has put the cat amongst the pigeons, but scratching the surface and not that much has changed so far.
By FPRI BMB Russia March 19, 2021

US-Russia relations dipped to a new low yesterday, and markets responded accordingly. The fiasco began when Biden was asked whether he believed Putin was a “killer” on Good Morning America. “Mhm I do,” he replied. Biden’s interview came one day after the US Director of National Intelligence (DNI) declassified a report concluding that Russia meddled in the 2020 US election. Putin “will pay a price” for this interference, Biden warned during the interview. Shortly thereafter, US media reported that new sanctions against Russia are likely within the next week.

Russian officialdom responded to Biden’s comments with outrage. Russia recalled its ambassador to Moscow for consultations on how to prevent the “irreversible degradation” of US-Russia relations. Then today, Putin responded to Biden's “killer” comment with a Russian school-yard rhyme that essentially translates to “takes one to know one” or “I’m rubber. You’re glue.” He wished Biden “good health,” playing into the Russian state narrative that Biden is senile, and he proposed that the two presidents have a televised discussion about the state of US-Russia relations.

Markets also reacted strongly to Biden’s interview. With investors fearing harsh new US sanctions, particularly those targeting Russian sovereign debt, the ruble dropped 1.2% against the dollar. Russia’s MOEX equity index sank 2.3%, and financial companies were hit especially hard. Sberbank, for instance, fell 5.7% and VTB Bank fell 3.6% on the London Stock Exchange. In response to the markets’ fears, Finance Minister Anton Siluanov stated that the Russian central bank will provide liquidity to the financial sector if the US decides to target ruble-denominated sovereign debt, known as OFZs.

But looking beyond the frenzy, what should we make of Biden’s warning that ‘Putin will pay a price’ via new sanctions? First, it’s worth noting that despite the tough rhetoric, Biden’s administration has thus far taken a relatively soft approach to Russia sanctions. In response to Navalny’s attempted assassination and subsequent incarceration, the US and EU jointly imposed travel bans and asset freezes on Putin’s staff, i.e. nothing economically significant. The Department of Commerce did tighten export controls under its Chemical and Biological Weapons (CBW) sanctions against Russia by removing a few Trump-era waivers yesterday. But the move will not have far-reaching effects. Similarly, as BMB has previously discussed, the Biden administration has thus far taken a passive approach to Nord Stream 2 as it seeks to mend ties with Germany—although a new statement by Secretary of State Blinken suggests Washington may change its approach to the pipeline.

Second, the DNI’s report concluded that both Russia and Iran conducted “influence operations” in the 2020 elections. And unlike in 2016, Russia did not attempt to gain access to election infrastructure. The Biden administration will thus likely announce sanctions against Moscow and Tehran in tandem, and they probably will consist of similar measures. Given Washington’s desire to mend ties with Europe, where some officials are advocating a “less combative approach to Russia,” it seems like the sanctions will focus on individuals and entities named in the intelligence report. These include Russian agent Konstantin Kilimnik, pro-Russian Ukrainian MP Andriy Derkach, and Russian security services agents working on cyber operations.

Biden may go a step further and sanction Kremlin-connected oligarchs—popular names recently voiced have been Roman Abramovich and Alisher UsmaNovember Yet both oligarchs have sanctions-proofed their holdings in recent years by reducing their stakes in major companies below 50%. This means that even if they are added to the US Treasury’s blacklist, firms in, which they are major owners are unlikely to be directly affected, given that Treasury sanctions on individuals apply only to firms in, which they have an above-50% ownership stake.

As a result, it seems that the past 48 hours have been a lot of hulabaloo without much substance. Sure, US-Russia relations have sunk even further, if that’s possible at this point. But ultimately, both Presidents Biden and Putin are playing to domestic audiences with their statements, trying to act tough toward the adversary. So take the blustery rhetoric with a grain of salt.