Half of Romanian retail entrepreneurs moved online during the pandemic 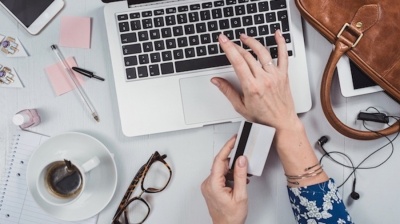 More than half (52%) of Romanian entrepreneurs who owned physical stores launched online stores during the pandemic, according to an analysis by Ciel Romania, a producer of software for entrepreneurs.

According to the company, the trend of creating online stores has continued this year, with some entrepreneurs closing their bricks and mortar stores to focus on selling online, the company said in a press release.

"The trend of moving online physical stores and creating virtual stores is still on the rise this year as well. The pandemic has shown us that we can buy anything online, so more and more niche, smaller, and new stores will appear,” said Roxana Epure, managing partner of Ciel Romania.

Among the buyers of Ciel’s e-commerce software, 25% launched their own online stores even when this was not in their business plans, so as not to have to depend entirely on sales through marketplaces.

"The e-commerce market in Romania is experiencing the largest and fastest growth to date. The pandemic has accelerated the expansion of this market, with more online stores being created between June 2020 and June 2021 than in 2019,” said Epure.

NEMETHY: Is the world heading towards a “polycrisis”?
Bonds of Romanian online retailer Elefant plunge on weak H1 results
Romanian president tries to save flagship education strategy after plagiarism scandal