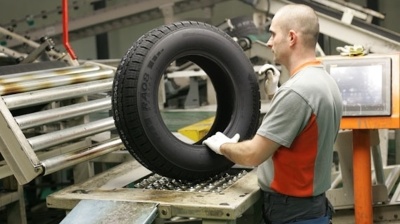 The factor behind the decision may have been the lack of available work force. Since the set-up of the factory in central Hungary, Hankook's first outside of South Korea, in 2007, the company has carried out three large-scale capacity expansions, investing a total of €880mn.

The company supplies European carmakers including luxury cars of Mercedes-Benz, BMW and Audi, and major truck makers, such as MAN and Scania.

The Hungarian Investment Promotion Agency (HIPA) confirmed that the fourth stage of expansion was put off but gave no explanation.

HIPA said the contract on state support was not signed, adding that the project is still “on the table”.

Local business daily Vilaggazdasag learned that Hungary's tight labour market may have been a factor behind postponing the investment. Hankook employs 3,200 people at the plant in Racalmas, 50km south of Budapest. The new positions, however, would have required highly skilled staff.

Hungarian manufacturers are facing the fallout from the tight labour market. In a recent survey, nine out of 10 reported difficulties finding skilled staff. Analysts warned that this could potentially lead to the postponement of investments.

So far, only a few cases have been reported when companies called off large-scale investments due to the lack of labour.

Companies' response was to invest in new technologies to improve efficiency. In the construction industry, the government launched a HUF6bn programme for SMEs.

South Korea is the third most important investor in Hungary, outside of the EU, but in H1, the Asian country became the largest investor with €1.1bn. The biggest companies already operating businesses in Hungary include Samsung Electronics, Hankook and Daewoo.