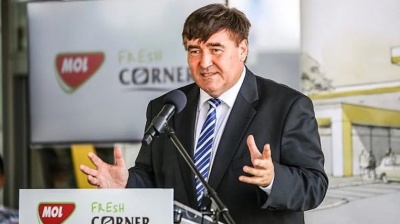 INA's Hungarian chairman Sandor Fasimon has offered to resign over a high-profile corruption scandal at the company.
By bne IntelliNews September 8, 2022

Croatian oil and gas company INA, a subsidiary of Hungarian oil and gas giant MOL, announced on September 7 that its Hungarian chairman Sandor Fasimon has offered to resign despite no involvement in any of the wrongful practices that surfaced around INA recently.

As chairman of the company, "he is accountable and feels moral responsibility for all activities of the company, irrespective of the due care exercised" the statement read.

Opposition parties in parliament called for the resignation of Prime Minister Andrej Plenkovic, but the prime minister enjoys a comfortable and stable majority in parliament, and it seems highly unlikely that he will be forced out over the scandal.

Davor Filipovic, Croatia's economy ministry, on Tuesday, said the government called for the dismissal of INA's entire board over the case of fraud.

After a meeting with MOL executives in Zagreb on Wednesday, Filipovic said all members of the board had lost the confidence of the Croatian government.

"I made it clear that I expect the Hungarian members of INA's board to step down, too," he added.

MOL owns 49.08% of INA but exercises management rights over the company, in which the state of Croatia has a 44.84% stake.

Sandor Fasimon was appointed chairman of INA in mid-2018.