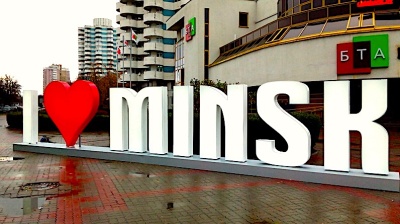 Minsk is a venue for the international hockey world championships in 2021, the Trilateral Contact Group on Ukraine that is supposed to oversee the implementation of the Minsk Protocols to end the war in Donbas, and the Minsk Group that has tried to end the tension between Azerbaijan and Armenia.
By Ben Aris in Berlin September 29, 2020

Belarusians love ice hockey and they are very good at it. Lukashenko is regularly shown on state-run TV playing the game with other dignitaries, including on occasion Russian President Vladimir Putin. It was from the sidelines of an ice hockey game that Lukashenko made his now infamous comment that Belarusians could protect themselves from the coronavirus (COVID-19) epidemic by “drinking a little vodka, but not too much!”

Minsk was due to host the 2021 International Ice Hockey Federation World Championship but the co-ordinating body had already expressed alarm at Lukashenko’s brutal crackdown on protesters in the first days following the disputed August 9 presidential election, and the event will almost certainly be moved to a different country if Lukashenko remains in office.

Latvia has called on the IIHF to find another co-host for the event and has threatened to withdraw if the worldwide governing body fails to do so.

Newly-appointed Belarusian Ice Hockey Association President Dmitri Baskov claimed in the middle of September the nation can still jointly stage the competition and claimed there is no reason for the IIHF to strip the country of its hosting rights. He also suggested that Belarus would host the competition alone if the Latvia follows through on its threat to boycott the event.

However, things changed after Lukashenko’s secret inauguration, after which hundreds of parliamentarians from over two dozen countries in the western world signed a letter condemning Lukashenko’s actions, leaving Belarus almost entirely isolated in Europe.

If Lukashenko remains in office and Belarus tries to proceed on its own it is now very likely that most European hockey teams will also boycott the event.

Minsk was also the venue for talks between Russian President Vladimir Putin, German Chancellor Angela Merkel and then-French president Francois Holland where they signed off on the so-called Minsk Protocols that are the roadmap to bring an end to the undeclared war in the Donbas in eastern Ukraine.

A long-time friend of Minsk, which is also a major trade partners, Kyiv has suddenly cooled on Lukashenko after the protests broke out. Last week Kyiv announced it was suspending relations with Minsk and freezing all regional integration projects, although the embargo does not extend to trade relations.

The foreign minister came out with a strongly worded statement saying Lukashenko’s inauguration does not confer legitimacy to his presidency, although he stopped short of endorsing former English teacher and nominal victor in Belarus’ presidential election Svetlana Tikhanovskaya as the legitimate president.

Kyiv went a step further on September 28, saying that the regular meetings of the so-called Trilateral Contact Group that includes the Donbas combatants and representatives of Ukraine who meet in Minsk might be moved.

Minsk has played host to regular meetings between the rebel leaders and the Ukrainian government where talks are held on bringing an end to the war.

However, Ukraine’s Deputy Minister of Reintegration, Alexei Reznikov, said in an interview posted on social media that while there is no alternative to the Minsk agreements, "[the city] Minsk is not a platform that determines whether the war in the Donbas will end and whether Crimea will be de-occupied."

The rebuff will hurt Lukashenko, who has prided himself on being able to host major peacekeeping missions out of Minsk, which otherwise he has made a political backwater during his 26-year-long term in office.

Finally, Minsk should be in demand again following the outbreak of a serious military clash between Azerbaijan and Armenia over the Nagorno-Karabakh enclave that lies between them. The international community has been working for decades to resolve this row, which is the source of constant tension between the two sides, through the so-called Minsk Group that is chaired by Russia, France and the US, which has a large Armenian diaspora, under the auspices of the Organisation for Security and Co-operation in Europe (OSCE).

This is another group that meets in Minsk and has been trying to bring the two warring sides to the table since the 1990s, but has made little progress. Now that the worst fighting has broken out since the four-day war between the two in 2016, the Minsk Group is the obvious go-to international organisation to try to halt the fighting, but is stymied, as none of the international members of the Minsk Group will be willing to visit the Belarusian capital while the popular protests are ongoing.

Belarusians have withdrawn $1.5bn from banks since April