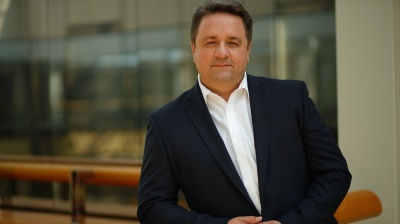 After signing off on a new gas transit deal in the last days of last year Ukraine authorities backed off their threat to more than triple gas tariffs for domestic producers in an effort to keep the pipeline system from going bankrupt, much the relief of the local companies.

“We participated in the public hearings at the National Energy Regulator, where the Representative of the GTS Operator said as of first half of December the chances of a new deal are falling to zero. It is 99% certain there will be no gas deal with Russia before the end of the year,” Victor Gladun, the CEO of JKX Oil & Gas Plc, one of Ukraine’s leading producers in an exclusive interview.

But a deal was agreed on December 30 that will see transit fall from around 90 billion cubic meters (bcm) sent over Ukraine to Russia’s gas giant Gazprom’s European clients to 65bcm this year and 40bcm in the next several years.

Ukraine earns about $3bn a year from the transit business, but faced with the prospect of losing this income, much of which is needed to maintain and develop the national pipeline network, in an emergency measure the authorities intended to raise the transit “entry” tariffs from UAH91.87 ($3.91) per thousand cubic meters of gas to UAH406.68 ($17.31) in the last weeks of December.

Now a new deal with Russia has been done the authorities have backed off and reduce the increase to only $4.2. The amount that Ukraine will earn from transit will fall to an estimated $2bn this and $1.5bn in the following years.

“Newly adopted tariffs we think is very reasonable,” Gladun told bne IntelliNews in an exclusive interview. “Its good for us producers as it leaves more money free to invest into increasing production and it is good for the consumer as it will keep the cost of gas and heating down.” 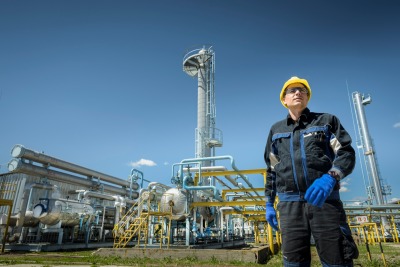 The reduction of the tariff from previously announced is good news for domestic producers that already produce about 20bcm of gas a year – about half of the country’s demand for gas. Developing the country’s limited gas deposits to improve Ukraine’s energy security is a high priority for the government, but progress has been slow.

JKX had a good year in 2019 with its hydrocarbon production surging by more than a third after its new IGN 142, NN-81, WM 3 wells, and IGN 103 commissioned in 2018, which came online in 2019 and proved to be richer than anticipated. In total JKX drilled 4 new wells in 2019 in Ukraine and did 11 production enhancement works. In the result, the company reported a 52% increase in production in Ukraine for all of 2019.

In 2019 JKX invested more than 18 Mln in Ukraine’s asset and plans to continue further expanding of production, says Victor Gladun.

Listed on the London stock exchange, Gladun says that investors have become more interested in the country as the Ukrainian economy stabilises and begins to recover on the back of the reform package being pushed through by the new Ukrainian president Volodymyr Zelenskiy.

“We are getting interest from investors thanks to the improved business climate,” says Gladun. “The economy is stable, the budget is more or less balanced and there is a low 12% tax on new wells. Gas prices have collapsed, which is a negative. But there is new management in charge of the country, new licences and PSA offered for transparent auctions, new legislation in the works and if that is implemented then investment should come and production may rise further.”

Profits in Ukraine’s banking sector tripled in 2019 to hit UAH59.6bn as of December, as a full recovery of the sector is now well underway.

The West has lost the initiative to illiberal powers like China and Russia that are now acting on their own, according to the "Westlessness" report produced ahead of the Munich Security Summit.

After a very strong rally Russia’s stock markets have been hit by fears of a global coronavirus epidemic and collapsing oil price. The market has given up all its gains, but not so the utilities sector which is up 16% YTD.

Russia becomes a safe haven in an increasingly turbulent world
13 hours ago
Ukraine's bank sector profit triples in 2019 as the sector gets on the path to sustained recovery
1 day ago
"Westlessness" dominates the discussion at the Munich Security Conference
1 day ago
Russia’s utility sector set to rally in 2020 as reforms progress
3 days ago
TURKEY INSIGHT: Bearish sentiment builds on reports of foreign disinvestment and outsized bet against splintering lira
3 days ago