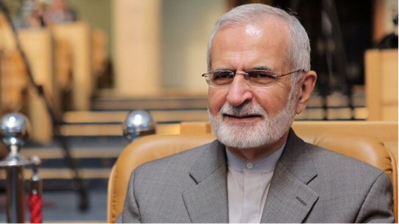 Iran is capable of making a nuclear weapon but a decision on whether to do so has not yet been made, a senior adviser to Iranian Supreme Leader Ayatollah Ali Khamenei said on July 17.

Kamal Kharrazi's comments to Al-Jazeera TV on July 17 came as US President Joe Biden pledged on a trip to Israel and Saudi Arabia that Washington would prevent Iran from "acquiring a nuclear weapon" and ahead of an expected visit to Tehran this week by Russian President Vladimir Putin.

Radio Farda described the comments made by Kharrazi, head of Iran’s Strategic Council on Foreign Relations (SCFR), as a rare mention that Tehran could have an interest in such arms. Iran has long denied it has ambitions to acquire or develop nuclear weapons, saying its nuclear development programme is strictly for civilian purposes.

"In a few days we were able to enrich uranium up to 60-percent and we can easily produce 90-percent enriched uranium... Iran has the technical means to produce a nuclear bomb but there has been no decision by Iran to build one," Kharrazi said.

Under the 2015 nuclear deal, or JCPOA—which has been increasingly ignored by Iran since former US president Donald Trump unilaterally walked out of the multilateral accord four years ago and reimposed an Iran policy based on heavy sanctions—Iran is not supposed to enrich uranium beyond 3.67%. Uranium enriched to 90% is suitable for a nuclear bomb.

Israel has threatened to attack Iran's nuclear sites if Tehran's nuclear programme is not contained through diplomacy. Biden on his Middle East tour said he would only authorise military action against Iran to stop it obtaining a nuclear weapon as a last resort.

Russia, as a major power signatory to the JCPOA, has said little about the deadlocked negotiations to reinstate the agreement in recent weeks, but its official position remains that it would like to see the deal revived. The matter may come up this week in discussions between Putin and Iranian counterpart Ebrahim Raisi.

Analysts will also be studying the visit for any signs that, as has been claimed by the White House, Iran is preparing to provide Russia with several hundred drones—some of which would be combat-capable—for use in its war in Ukraine.

To back up its claims, the Biden administration has released what it says is intelligence showing how Russian officials recently visited an airfield in Iran to see unmanned, weaponised aerial vehicles.

The White House said Iranian officials displayed the drones to Russian officials at Kashan Airfield, in central Iran, on June 8 and July 15. It released satellite imagery purporting to show Iranian Shahed-191 and Shahed-129 drones in flight and on show at the airfield with a Russian transport plane nearby.

"We oppose any move that could lead to continuation and intensifying conflicts," he said.