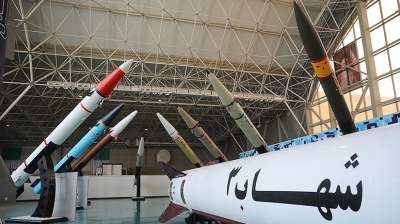 It is an extraordinary development, but according to many analysts it is a simple fact—for the first time, Iran is involved in a major war on the European continent.

Backing the claim that Iranian military advisors, most likely members of the Islamic Revolutionary Guard Corps (IRGC), are on the ground in occupied Ukraine—and possibly Belarus—to help Russia deploy Iranian kamikaze drones in strikes against Ukrainian cities and civilian infrastructure, two analysts at the Washington, DC-based Foundation for Defense of Democracies also suggested that Iran is now preparing to up the ante by providing Russia not only with potentially thousands of additional drones but also with two types of Iranian-made ballistic missiles.

With Iran’s drones—write John Hardie, deputy director of the Russia programme at the Foundation, and Behnam Ben Taleblu, a senior fellow at the Foundation, in a Foreign Policy piece headlined “Iran is Now at War with Ukraine” —having helped Russia redress battlefield weaknesses hampering its eight-month war against Ukraine and conserve some of its dwindling missile stock, Tehran, looks set to provide Moscow not only with more Shahed-136 ‘loitering munition’ drones and other drones, but also Fateh-110 and Zulfiqar short-range ballistic missiles. These single-stage, solid-propellant, road-mobile ballistic missiles are, said the analysts, among the most precise in Iran’s ballistic missile arsenal, the largest in the Middle East.

“That Tehran and Moscow would cooperate this closely in Ukraine caught many observers—including some leading Russian experts on Iran—by surprise,” observe Hardie and Taleblu at the Foundation, a non-partisan group, but sometimes described as hawkish and neoconservative.

They add: “Despite their recent alignment, Iran and Russia have a long history of enmity and mistrust going back to the tsarist era, including a series of Russo-Persian wars and frequent Russian meddling in Persian politics. During the Cold War, their relations were tense when Iran was led by the U.S.-allied shah and still worse after the 1979 Iranian Revolution. Iran’s new regime dubbed the Soviet Union a ‘Satan’ alongside the United States and backed the Afghan mujahideen against the Soviets, just as Moscow aided Baghdad during the Iran-Iraq War.

“Russo-Iranian relations have gained steam, however, since Vladimir Putin’s 2012 return to the Russian presidency—and particularly since his 2015 military intervention in Syria to save their common ally, Syrian dictator Bashar al-Assad. Although suspicion and competition remain, both sides increasingly see their interests as intertwined, driven by shared opposition to the West. A formal alliance isn’t forthcoming, but that won’t stop Russia and Iran—along with China—from deepening their entente.”

Iranian Supreme Leader Ali Khamenei continues to move for stronger relations with Russia and China. With the Kremlin’s support, Iran last year obtained full membership in the Chinese- and Russian-led Shanghai Cooperation Organization (SCO), while Tehran is also seeking membership in the so-called BRICS group and is in talks for a permanent free trade agreement with the Moscow-led Eurasian Economic Union (the EEU groups Russia, Belarus, Armenia, Kazakhstan and Kyrgyzstan).

“Viewed in this context, a deal to supply Russia with drones, missiles, and military advisors makes strategic sense for Iran and can demonstrate the latter’s value to one of its two senior partners in the anti-Western entente,” add Hardie and Taleblu.

Turning to the question of what, militarily, Iran may receive in return, the analysts suggest advanced Russian fighter aircraft or the S-400 air defence system, which Moscow has previously declined to sell to Tehran, could now be offered.

While by fuelling the crisis in Ukraine, Iran likely hopes to lead the US to continue diverting its attention from the Middle East, “ironically, Tehran’s support for Russia’s war in Ukraine could prompt the West to pay more, not less, attention to the Middle East, especially if Europe now embraces a tougher line toward Iran”, note the analysts.

Washington, they conclude, should work to ensure its Israeli and Arab allies, “who have for years lived on the front lines of the Iranian drone and missile threat, have the military capabilities and support they need to counter Iran’s aggression”.