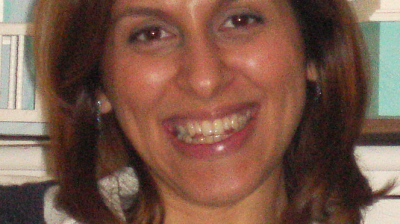 British and Iranian dual nationals Anousheh Ashouri and Nazanin Zaghari-Radcliffe could soon be released from detention in Iran after Britain reportedly paid a debt to Tehran of around £400mn dating back to the time of the Shah.

The UK has not yet confirmed that it has repaid Iran the money it had received for the sale of Chieftain tanks, which were not delivered before the 1979 Islamic Revolution which overthrew the Shah. The two passport holders have been held for several years in both solitary confinement and under house arrest in what was widely seen as a case of hostage taking to force the repayment of the debt.

The payment had not been previously possible because of US sanctions stopping any forwarding of funds to the Islamic Republic, Prime Minister Boris Johnson administration had previously said. Johnson visited Iran in 2017 when he was foreign secretary to negotiate the release of Zaghari-Ratcliffe, but was rebuffed by the Iranians.

The potential breakthrough comes as Iran is close to securing a deal to reactivate the Joint Comprehensive Pland of Action (JCPOA) agreement on Iran's nuclear power programme, which would lead to dropping of sanctions on Tehran. A deal has been held up by a last minute intervention by Russia – one of the parties to the agreement – to demand written guarantees from the US that sanctions over its invasion of Ukraine would not affect its trade and investment with Iran.

Hojjat Kermani, the Iranian lawyer of aid worker Zaghari-Ratcliffe, said: “I am hopeful that we will have good news soon,” when asked whether his client would be released.

Zaghari-Radcliffe's MP Tulip Siddiq said that the dual national had had her British passport returned, the UK daily The Guardian reported. The Hampstead and Kilburn MP tweeted: “I am very pleased to say that Nazanin Zaghari-Ratcliffe has been given her British passport back. “She is still at her family home in Tehran. I also understand that there is a British negotiating team in Tehran right now. I will keep posting updates as I get them.”

Zaghari-Ratcliffe has already served a five-year jail sentence following her arrest in 2016 when she went to visit her parents. She is currently at her parent’s home in Tehran with a tag on.

Anousheh Ashouri, who has been in jail since 2017, was sentenced in 2019 to 10 years in prison on charges of "collaborating with a hostile government", namely Israel’s Mossad intelligence agency. He was arrested in Iran after flying out to see his mother in 2017.

OPINION: Russia’s need to circumvent sanctions gives new life to north-south project
Tug of war emerging over what role Iran (and its oil) should play in new world order
Death of China-to-Russia cargo transit routes means it’s all aboard for Kazakhstan