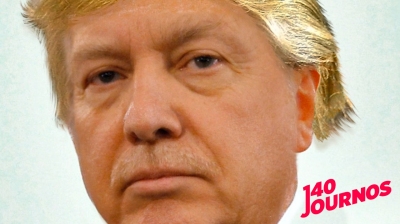 There’s a theory doing the rounds that Donald Trump is about to do Turkish strongman pal Recep Tayyip Erdogan one last favour by… imposing sanctions.

They would likely be thrown at targets such as Turkey’s Presidency of Defence Industries and its head, Ismail Demir. Reuters on December 10 reported sources as pointing to these two targets, while Bloomberg chimed in with a story shooting in the same direction.

“Favour?” you query. Yes, a favour because in the annual US defence bill Congress is presenting Trump with a range of sanctions that can be imposed on Nato member Turkey for buying Russian S-400 missiles. If Trump were to pick the mildest sanctions that might prevent a scenario in which President-elect Joe Biden arrives in office on January 20 and finds he still has to deal with the Turkey problem. Biden might be minded to press for tougher sanctions should Trump have left the S-400 matter unresolved, but if a handful of near-meaningless sanctions have gone through, everyone can save face. Erdogan can put on a song and dance about the injustice of it all—while, without any grovelling in public, actually changing his ways to address some American concerns—and Biden can start with a clean slate.

European Union leaders, meanwhile, on December 11 gave the green light for the expansion of sanctions against Turkey over its exploration of gas reserves in Mediterranean waters claimed by EU members Greece and Cyprus. But sanctioning some Turkish bureaucrats working on the drilling business is not exactly meaningful. These EU politicians and their loyal media have no self-esteem and Erdogan thus treats them as they deserve to be treated. The EU’s next summit in March will bring no sense either, Erdogan said on December 11.

The simultaneous US and EU moves on sanctions will not directly harm the Turkish economy in the short term, and they will have only a limited market impact if they remain mild, an unnamed treasury desk trader at an unnamed bank told Reuters on December 11.

However, there is visible appetite for juicy volatility in Turkish asset prices, while rate hike demands from the market have risen to 150bp ahead of the next monetary policy committee meeting (MPC), to be held on December 24.

The USD/TRY tested over the 8.00 threshold on December 11 and 5-year credit default swaps (CDS) on Turkey toyed with the 400-level. The USD/TRY later magically relaxed back into the 7.80s.

The Borsa Istanbul and the local bond markets are still not hitting any real heights despite Erdogan’s so-called “market-friendly” switch generating positivity scooped up by the financial media services from November 9 to December 10.

If Erdogan pays the bill on December 24 with another rate hike, such media will soon forget about any sanctions noise.

On January 3, Erdogan’s brave statisticians will release the official inflation data for December, while another rate-setting meeting is scheduled for January 21.

If the markets see Erdogan as remaining a good kid, he could reach February with nary a dangerous bump in the road.

The finance industry is getting ready for some global volatility in February after Biden gets his feet under the Resolute desk (and curses at the sight of yet another discarded FishMac wrapper stuck to his shoe).

Drivers of Turkey turbulence could be the Halkbank Iran sanctions-busting hearing in New York on March 1, the EU summit set for March and some unhelpful principled talk from the Biden administration.

However, Erdogan seems to have solved the Biden risk so far.

“Whatever Biden wishes him to be”

“I have no doubt Erdogan will become whatever Biden wishes him to be—at least in the short term,” Soner Cagaptay wrote on December 9 in a commentary for Hoover.

In the long-run we are all dead or retired, to misquote Keynes.

“The biggest challenges for Biden will be China, Russia, North Korea, Iranian JCPOA [nuclear deal] and climate. Those are the five big ones. Number six is Turkey, because Turkey directly impacts two of the first five: Iran and Russia. And it impacts number eight or nine, terrorism,” Trump’s former Syria envoy James Jeffrey told Al-monitor on December 9.

Erdogan is “maddeningly arrogant, unpredictable and simply will not accept a win-win solution. But when pressed—and I’ve negotiated with him—he’s a rational actor,” Jeffrey also said.

“So if Biden sees the world as many of us do now, near-peer competition, Turkey becomes extremely important. Look what [Erdogan] has just done in eight months in Idlib, Libya and Nagorno-Karabakh. Russia or Russian allies have been the loser in all three,” Jeffrey added.

When asked “How should the Biden administration approach Erdogan?”, Jeffrey said: “Erdogan will not back down until you show him teeth. That’s what we did when we negotiated the [Syria] cease-fire in October of 2019. We were ready to crush the economy.”

“That’s what Putin did after the Russian plane was shot down… You have to be willing, when Erdogan goes too far, to really clamp down on him and to make sure he understands this in advance. The Turkish position is never 100% correct. They have some logic and arguments on their side. Given their role as an important ally and bulwark against Iran and Russia, it behooves us to at least listen to their arguments and try to find compromise solutions,” he concluded.