Ukraine is going into recession thanks to the coronavirus (COVID-19) pandemic at a time when it still does not have a deal with the International Monetary Fund (IMF) but still has to repay $4.1bn of debt this year from its meagre supply of hard currency reserves. A debt default has become a real possibility. But just how much pain would that cause?

The short answer is: a lot. VoxUkraine release an article reviewing the research on the subject, which makes for grim reading. VoxUkraine is an independent analytical platform founded in 2014 after the Revolution of Dignity by a team of highly experienced economists and lawyers based in Ukraine and abroad to help decide on policy as part of the efforts to reform the country.

Lawmakers are due to meeting this weekend to vote on the new so-called “anti-Kolomoisky” law that would ban the government from returning Privatbank to oligarch Ihor Kolomoisky, which was nationalised in 2016 after he and his partners looted some $5.5bn in deposits from it.

The law is a prerequisite for signing a new $5.5bn Extended Fund Facility (EFF) with the IMF that would ensure Ukraine can meeting its debt obligations. Indeed, last weekend Ukrainian President Volodymyr Zelenskiy agreed with the IMF for an additional $4bn from the newly created Rapid Coronavirus Financing (RFI) faculty the IMF just set up to help low-income countries such as Ukraine deal with the impact of the coronavirus pandemic. However, analysts fear that Kolomoisky will try to sabotage both the law and the vote.

“This will be the biggest test of the Zelenskiy administration: if he can rally his fraction in the Rada to get the law passed in the midst of the quarantine surrounding coronavirus,” Tim Ash, senior sovereign strategist at BlueBay Asset Management, said in a note to clients.

The immediate cost of a default would be cause a 5% contraction in GDP and condemning Ukraine to several years of low growth there after, says VoxUkraine.

“A recent study by two economists at the University of Bonn provides a sense of magnitudes for the decline of output: after a default, GDP declines by approximately 5% and stays depressed for many years,” the analysts said. 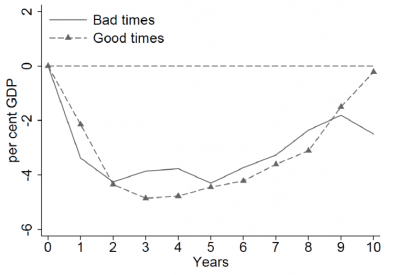 Another study by Cruces and Trebesch (2013) found that the larger the default is the longer a country is excluded from the debt markets.

“The average exclusion time is about 5 years. Whether Ukraine can get access faster is an open question but it is hard to imagine that, with a materially important default (and insignificant defaults make no sense!), the process will take less than two years,” says VoxUkraine.

A default also has significant political consequences and Zelenskiy would lose control of the Rada and see a raft of top executives fired. 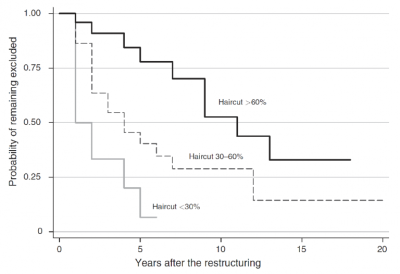 Another factor that goes into the calculation is who exactly get burned in the default and there, too, Ukraine is in a bad place.

A lot of Ukraine’s debt is to other governments. The US in particular did not give Ukraine loans, but did agree to guarantee billions of dollars worth of debt to reduce borrowing costs for the struggling country as it emerged from the crisis of 2015.

Ukraine also owes billions of dollars to the International Financial Institutions (IFIs) and the IMF in particular, repayments to whom account for most of the $4.1bn coming due this year.

A default would also make the inevitable recession worse, as even without a default Ukraine was originally planning to run a UAH90bn ($3.3bn) deficit this year, but that figure is now expected to double and will have to be funded by borrowing. If Ukraine is cut off from the debt markets by a default it will become extremely difficult to finance this deficit.

“Of course, the government can cut its spending to balance its fiscal budget but the Great Depression and scores of other historical examples (most recently Greece) suggest that doing so in a weak economy is suicidal,” says VoxUkraine.

And in addition to spending on society to keep schools, hospital and fire stations open, Ukraine is also fighting an undeclared war with Russia in the Donbass. Cutting itself off from funds will make it extremely difficult to finance its military budget.

Finally, amongst the other big victims of a default will be the country’s banking sector, which is another large holder of the sovereign debt. Ukraine’s banks hold the largest share of the state’s debt, or 41%, ahead of only the National Bank of Ukraine (NBU), which holds another 39%.

As bne IntelliNews has reported, Ukraine's banking sector finally went back into profit in 2019 and starting to grow again, but a default would put the financial sector on its back again for several years.

“Of the debt held by banks, the majority of this stock is held by state-owned banks, so defaulting on them would not win anything, since the banks will require recapitalisation from the budget,” says VoxUkraine.

The European sovereign debt crisis showed that a government default undermines the financial system and, consequently, deepens the crisis, according to VoxUkraine.

“In fact, it can create a diabolic loop: a default wipes out bank capital thus creating a banking crisis which negatively affects the economy; as the economy collapses, tax revenues decline and make defaults and budget cuts more likely; in turn, this makes the financial system even more vulnerable and the loop goes on,” says VoxUkraine.

As many commentators have already pointed out, including bne IntelliNews, the passage of the bank law at this weekend’s meeting of the Rada is crucially important not just for Zelenskiy and his party, but for the whole country’s future. 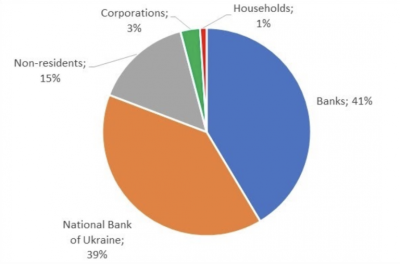 Last week saw the Mongolian PM quit amid a coronavirus scandal that brought the youth flooding on to the streets. It was a stirring illustration of accountability. Mongolians are proud of their democracy. Antonio Graceffo explores why.

The country won the Nagorno-Karabakh war, but can it win the peace? Crisis-hit 2020 looks to have taken 5% off Azerbaijani GDP. For now the path is clear to growth this year of around 2%.

INTERVIEW: “The weekend’s protests were the Russian peoples’, not the opposition’s” – Maxim Reznik

Russians took to the streets this weekend in over 100 cities in support of jailed opposition leader Alexei Navalny and to protest against Putin’s two-decade-long rule. Maxim Reznik called the rallies “the Russian peoples’ and truly nationwide.”

A tumultuous start to the year brought the resignation of the cabinet amid a coronavirus scandal, but the economy should show good growth this year.