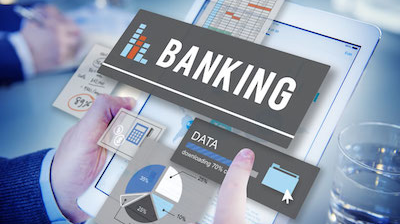 Kaspi.kz aims to make it big in digital banking.
By Kanat Shaku in Almaty October 6, 2020

In late 2019, Kaspi backtracked on an LSE share sale from which it hoped to raise between $500mn-$700mn. But it appears to sense a good new opportunity. Reuters lately reported that Kaspi, which controls the third largest Kazakh bank (Kaspi Bank) and is a leader in Kazakhstan’s payment systems and e-commerce sectors, may see an opportunity in capitalising on the impact of a deal announced by Russian technology firm Yandex. The Russian company plans to take over online bank Tinkoff for $5.5bn—this could set a valuation benchmark for digital banks in ex-USSR countries.

Kaspi said it aimed to sell new and existing shares by listing its Global Depositary Receipts (GDRs) on the LSE. It did not mention the size of the stake its shareholders were planning to sell or the amount that they were hoping to raise.

The company said earlier in September that its net income rose by 50% y/y in January-June to Kazakhstani tenge (KZT) 115.6bn (€232.13mn) on higher revenue and margins. Refinitiv data showed that Yandex's offer valued Tinkoff at 10.5-fold its earnings and 2.9-fold its book value.

Citigroup and Morgan Stanley are acting as joint global coordinators for the deal and as joint bookrunners alongside Renaissance Capital.

In the 2019 attempt at a London listing, the selling shareholders of Kaspi were set to consist of Goldman Sachs, Baring Vostok funds, board chairman Vyacheslav Kim and management including CEO Mikheil Lomtadze.

The Kaspi app is used by many retailers in Kazakhstan to sell goods via its marketplace and to accept payments. Many retailers allow Kazakh citizens to use the payment system as an alternative to cash. This boosted the Kaspi app as a quickly growing popular payment option.

The company presently has growth plans such as expanding into new businesses, including online travel, in nearby Central Asian countries and the Caucasus region.

The Kaspi-controlled Kaspi Bank made a decision in February 2019 to delist the bank from the Kazakhstan Stock Exchange (KASE) during an extraordinary meeting. At the same time, Kaspi.kz remains listed on the KASE. Kaspi Bank’s total assets as of 30 June 2020 amounted to KZT2.48tn.

In October 2019, the nephew of former Kazakh president of three decades Nursultan Nazarbayev, Kairat Satybaldyuly, sold his 30% stake in Kaspi.kz prior to its announcement of the postponed flotation in London.