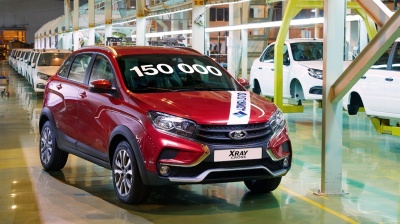 Kazakh cars are manufactured by Azia Avto in East Kazakhstan Region and Saryarka AvtoProm in Kostanay Region. Car production in Kazakhstan surged by 78.8% y/y to 30,000 units in 2018.

A 51% stake in Saryarka AvtoProm was in December sold to transnational state company China National Machinery Import and Export Corporation (CMC), a subsidiary of China’s Genertec. CMC is set to pump $1.1bn into the enterprise. The newly formed Chinese-Kazakh joint venture is to lead attempts to increase locally-sourced content in Kazakhstan-manufactured cars to 50% and raise the annual production of Kazakh cars to 100,000 units.

Though it boasts Central Asia’s most dynamic economy, Kazakhstan has to date shown little prowess or ambition in automaking. Car manufacturing in the country of 18mn has largely focused on domestic market demand and has not moved beyond relatively low output levels.

The planned combined boost in output at Azia Avto and Saryarka AvtoProm would set the country on course to rival the only other major regional car manufacturer, Uzbekistan. For comparison, Uzbekistan’s car production, via its formerly American-Uzbek joint venture GM Uzbekistan, stood at 135,470 units in 2017 and rose to 220,667 vehicles in 2018.

“The reason for the growth in automotive production is the restoration of market demand, the opening of export markets (329 cars were exported in 2018, 524 cars were exported in five months of 2019), as well as the programme of preferential car loans from the state and leasing buses as part of the bus fleet renewal program which together had a positive effect on the development of the automotive sector,” Yerzhanov said.

“For the future development of the automotive industry, it is important to concentrate on large-scale production by launching additional projects. The access to the large-scale production of cars will contribute to the creation in Kazakhstan of its own automotive component base. In April 2019, a program of joint actions was adopted between the Ministry of Industry and Infrastructure Development of Kazakhstan and the Ministry of Industry and Trade of the Russian Federation in the development of industrial cooperation. Under this program, projects are envisaged for the production of equipment and components for KAMAZ vehicles, for the production of Hyundai vehicles and components for them, for construction of a full-cycle car factory JSC Asia Auto Kazakhstan,” the vice minister said.