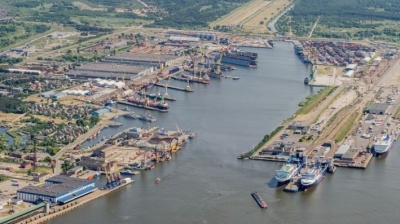 Lithuania has stopped allowing Belarusian potash to be shipped through Lithuania from February 1. This has initiated a trade war between the countries, as Belarus is moving to stop the transit of Lithuanian goods.

In January, the Lithuanian government announced that it would terminate the transport agreement between its state-run railway company Lithuanian Railways (LTG) and Belaruskali since it runs contrary to the national security interests of Lithuania. Belaruskali in its turn announced that it had sued LTG for direct losses and possible compensation to direct and indirect global partners whose businesses might have been hurt.

Yesterday, Minsk announced that it had diverted its potash exports to Russia, adding that it will answer "symmetrically" and that it had taken a decision which will affect "railway traffic originating from Lithuania's territory."

Belaruskali is one of the Belarusian regime’s main foreign currency earners. According to Belarus’ National Statistical Committee, Belarus earned approximately $2.4bn from potash exporters in 2020. That’s about 8% of total Belarusian exports, or 4% of the country’s GDP. The suddenly loss of Lithuania’s Klaipeda port as a transit route is set to result in an 80% loss of Belarusian potash exports, which may eventually lead to a GDP growth decrease of 1-2%. Katerina Bornukova, economist at the Belarusian Economic Research and Outreach Center (BEROC), has noted that Belarus’ losses will be incurred in different sectors simultaneously, from the chemical and wholesale trade to the Belarusian railways.

What now for Belarus?

According to Belarus Prime Minister Roman Golovchenko, Belarus has begun to transport its potash through Russian ports, but did not mention which ones. Golovchenko told state Belarusian media that “due to the longer logistics leg to the Russian Federation our producers have lost a bit of the profit margin but rising global prices will compensate for it. So essentially we've lost nothing.” He added: “Moreover, we will recover the penalties we are due [owing] to the termination of the shipment contracts by the Lithuanian side. The relevant suits have been filed. We will also recover lost profits.”

Belaruskali announced that it had filed a lawsuit against the Lithuanian government last week. The announcement did not include any size of the claims or where these would be filed, but apart from this compensation, Belaruskali said it is demanding LTG to pay a fine of €600,000 for terminating the contract.

However, when it comes to redirecting the potash exports, things are a little more complicated.

Since early last year, Minsk has announced that it will start exporting its oil and potash from the Russian port in Ust-Luga instead of from the Baltic ports. Throughout last year, Belarusian officials and state associated analysts have suggested several routes, among them the port of Murmansk in north-western Russia.

Maybe the increased transportation costs to Russian ports can be offset for now by the rapidly global price rise of potash fertilisers. However, in the long term, when global prices may go down, the incurred losses will be much greater. According to a 2013 UN report, the difference in distance between Klaipedia and Ust-Luga is up to 400 kilometres and potash shipped through Ust-Luga was $20.15 ($24.12 in today’s prices) per tonne higher than potash shipped from Klaipeda.

Independent analysts have been sceptical over the success of Belarus rerouting of its potash not only because of the increased costs arising from the distance of transportation, but also because of the necessary investments in train transport as well as port capacity. In order for Belaruskali to be able to transport through Ust-Luga or Murmansk, new freight wagons will need to be purchased and the railway will certainly need to be modernised. The ports will also need added port capacity in order to handle this specific type of commodity and the very large amounts of it. All of this will require investments that will greatly lower the profit margin.

Moreover, after a year of Minsk's negotiations with Moscow, we’ve yet to see any announcement of a document deciding which party will bear which costs. Likely, Russian companies will want a piece of the cake, while Minsk prefers its state companies to control the whole transportation network.

Another option would be China. Throughout 2021 Belarus-China relations were pretty stable, with China taking a pro-Lukashenko position but also a reserved stance on the political crisis in Belarus.

According to data from the PRC customs office, Belarus sent a total of 1.38mn tonnes of potassium chloride to China in 2020, which accounted for 16% of total Chinese potassium chloride imports. In August last year, China suspended payment of the remaining $580mn for a potash mining and processing plant. The suspension is thought by some to have been made due to the fact that the owner, Russian billionaire Mikhail Gutseriev, and the Belarusian bank holding the loans, Belarusbank, came under Western sanctions. Currently China is struggling with a shortage of potash fertilisers due to the limited capacity of its domestic industry, rising prices on the world market, and pandemic-related disruptions to international supply chains. Some analysts therefore think it’s unlikely that China will drop the project, and instead suspect that the credit freeze was a Chinese attempt at exerting leverage over Belarus in order to drive down costs.

Perhaps we will see booming Belarusian-Chinese rail freight in the coming years, fuelled by large amounts of potash.

What about Lithuania’s losses?

Lithuania is also suspected to suffer from its decision to stop Belaruskali’s transports. According to an estimation by the Central Bank of Lithuania, losing Belaruskali’s transports will cause Lithuania’s GDP to decrease by 0.9% in three years. Nerijus Mačiulis, Swedbank’s chief economist, and Ione Kaländene, head of the Research and Analysis Department of the Entrepreneurship Development Agency Versli Lietuva, came to the same conclusion.

Mačiulis also believes that Lithuania’s planned growth of its economy could easily compensate for any short-term fall in GDP caused by losing Belaruskali’s potash transports and that there would be no significant macroeconomic effect. Kaländene assumes that since the leading carrier companies are state-owned, the losses incurred will result in a little more burden on the state budget but will shield the Lithuanian economy.

Algis Latakas, the head of the port of Klaipedia, believes that losing Belaruskali’s transports will incur heavy economic damage to the port’s companies and its authority. Vaidotas Šilejka, head of the Association of Lithuanian Marine Loading Companies, has said that Klaipeda may lose about 10mn tonnes per year (tpy) of cargo, which will surely have repercussions throughout the port’s local value chains.