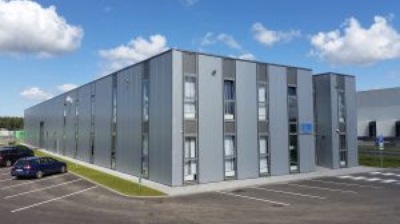 Europe imposed sanctions on Crimea following Russia's annexation in 2014 that ban European firms from doing business or trading with the peninsula. / wiki
By bne IntelliNews November 2, 2021

A few months ago, Europe was hit by yet another scandal when the Lithuanian subsidiary of a Cypriot holding, Run Engineering, was accused of exporting dual-use goods to Crimea, breaching EU sanctions on trade with the peninsula that was annexed in 2014 by Russia. A few months later, Run Engineering’s owner Marina Karmysheva launched legal action against her Russian partner to clear her and the company’s name.

An investigation by Eureporter reported that Karmysheva is a Russian trained economist that left her homeland in the early noughties and began a successful business career specialising in finance and the law. She sold her apartment in Russia in 1998 and left the country to set up shop in Europe.

In 2008 a big opportunity presented itself when the RLA Group, one of Cyprus’ prominent investment companies, went bust. “The audit report, which I had reviewed before the deal, showed that all financial indicators had decreased by dozens of times. The company had neither turnover nor assets, but at the same time it had all the infrastructure in place: active accounts, experience of working at the international level,” Karmysheva told Euroreporter.

Karmysheva used the capital she had built up in Cyprus over the last ten years and the funds from the sale of her apartment in Russia to buy the RLA Group at face value and to restart the company's activity. This company had been actively engaged in business for over ten years and on this foundation she brought the business back into profit.

“Historically, the group’s main activity has been investment in securities representing international business without a specific country orientation,” Karmysheva said. “Some time ago, in addition to securities trading, we started commodity trading as well.”

Once the investment business was functioning well again, Karmysheva started to look around, intending to diversify the business, looking for those areas of the economy that were prospective and offered fundamental value.

“Housing, water, electricity – these markets are subject to fluctuations like others, but they tend to recover faster. I was looking for projects that will have more or less stable demand. Besides, when the companies of the RLA Group started engaging in construction projects, we were looking for a way to both ensure a stable supply of high-quality fresh water to our own locations and to try to use this experience for the development of the water supply infrastructure in general,” Karmysheva said.

In 2008 Cyprus was in the midst of a drought and several cities had no running water for days on end. Drinking water was shipped by tankers from Greece, but supplies were insufficient and there was a lack of high-quality purification treatment to make potable water.

“The crisis highlighted the enormous value of clean drinking water and perspectives for this area of work all around the world. So, we decided to develop this business with the emphasis on innovation,” says Karmysheva.

This is how the idea of investing in Run Engineering originated. Run Engineering is a Lithuanian company that designs and manufactures industrial water preparation and processing equipment and components.

The tie-up with Run Engineering was a big success and soon flourished, paying €30mn a year in taxes on profits it was earning.

Then things started to go wrong and questions began to be asked, the first concerning the location of Run Engineering design bureau in Lithuania.

Povilas Medeksa, the director of Run Engineering, explained that the company is located in Kaunas, a large Lithuanian city, “because we are a transit country that takes advantage of its location between East and West,” he said as cited by Euroreporter.

But the big problem came with the purchase and sale of membranes used in water purification. Reports appeared that the membranes also had a military application and are regulated by the EU. Medeksa points out that these membranes are widely available on the market and bought and sold by other European companies.

“The client buys them from multiple locations: there are German, Chinese, Japanese, Dutch suppliers. The restrictions imposed by the European Union have only slightly narrowed the market.”

One of large clients of Run Engineering was a Russian company Voronez-Akva engaged in the installation of water preparation and purification systems for various industries from communal services to chemical producers, which actively purchased equipment and components engineered and manufactured by Run Engineering for its projects in Russia.

A press investigation discovered that Voronez-Akva could be related to installation of equipment in the temporarily occupied territory of Crimea and may have used equipment and components manufactured by Run Engineering, which would bust sanctions on doing business with Crimea imposed by Brussels. However, journalists have so far been unable to offer any concrete evidence.

Medeksa denied any wrongdoing by Run Engineering. “We export devices, but not membranes that require special licences. One can say that we export a car, but not an engine,” Medeksa said.

“We understand why journalists use the words “presumably” and “probably” in their reports,” Karmysheva explained in defence of her business. “We are still not sure where exactly the equipment mentioned in the reports is located. We are deeply disappointed with our Russian partner Voronezh-Aqua’s behaviour and its reaction to the events, or rather the absence of thereof. We hoped that Voronezh-Aqua would provide us with explanations regarding the exact location of the equipment installation.”

“I guess the company wanted to raise its status in the eyes of other clients, which include a lot of large Russian manufactures, as I know. And European equipment in this field is highly valued. Voronezh-Aqua’s representatives participated in the technical workshops and project detail discussions – an ordinary part of work of engineers in the framework of such contacts – but no one would have [been] allowed to present our facilities at another site as its own. It is simply unacceptable for us,” says Karmysheva.

Lawyers get involved in the case

As the scandal grew, Run Engineering hired lawyers who audited its documentation and confirmed that the firm had not violated EU sanctions, which was needed to reassure its European partners and banks.

Karmysheva’s partner companies say that the interpretation of events has become distorted and is being retold by the Russian press. For example, one of the cited pieces of evidence was from an unidentified source claiming the production facilities had been relocated, which Run Enterprises deny, saying nothing has been moved.

“First, we contacted international and national experts. Now we are considering the possibility of a lawsuit against Voronezh-Aqua,” says Karmysheva. RLA Group intends to initiate legal action for deliberate distortion of information.

The whole affair is sensitive as it comes in the context of a scandal in 2014 where German engineering firm Siemens sold turbines to a Russian partner that then installed them in a Crimean power plant, thus busting the EU sanctions on doing business with the occupied territory. The scandal was a major embarrassment to Siemens, which claimed ignorance of the intended destination for its equipment.

Karmysheva says the two cases are very similar, where a producer supplies equipment that can be used in many municipal facilities and the producer, working through Russian partners, does not have complete control over where its equipment may end up.

“The sale terms are standard: it includes a detailed technical description of our equipment, methods of its installation. At the same time, there are no control mechanisms in the countries’ trade relations that would allow us to trace its use and whereabouts up to the final destination,” says Karmysheva.

Lithuanian customs inspectors refused to comment on the situation related to Run Engineering. Nevertheless, the head of the Kaunas Department of Prevention of Customs Violations explained that the customs check goods according to the specific criteria for risk analysis but do it selectively.

“After the scandal of 2014, we hired a team of lawyers with world-renowned expertise in international relations. It is common in the business practice of companies that are even bigger than ours. At the same time, international expertise seems to be insufficient if articles with the words “probably” and “presumably” are still getting published,” says Karmysheva, who is clearly upset that the accusations against her company have never been proved, but have already cost the firm over €1mn in legal fees and lost business, she says.

Attacks come as Turkey’s president Erdogan prepares country for another dizzying U-turn when it comes to Syrian counterpart and foe Assad.

The economic war with Russia has already cost the West $380bn

The economic war that the West launched against Russia in the days following the invasion of Ukraine has already cost developing nations $379bn, analysts estimate.

The sudden exit of the Western companies, because of sanctions, leaves the modernisation of the Russian electricity sector in the lurch. Russia cannot make its own gas turbines that are at the heart of every power station.