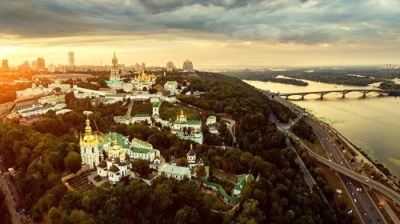 A massive cyberattack took down several Ukrainian government websites in an attack some have linked to the failure of Russia's talks with the west on halting Nato enlargement / wiki
By Dominic Culverwell in Berlin January 14, 2022

A massive cyberattack took down over a dozen Ukrainian government websites, stated the Ministry of Foreign Affairs on January 14.

The Ministry of Foreign Affairs, Cabinet of Ministers, and the Security and Defence Council were all affected by the attack, causing disruption to government work.

The hackers left a message written in Ukrainian, Russian, and Polish: “Ukrainian! All your personal data was uploaded to the public network. All data on the computer is destroyed, it is impossible to restore it. All information about you has become public, be afraid and expect the worst. This is for your past, present and future.”

Oleh Nikolenko, a spokesperson for Ukraine’s foreign ministry announced a criminal investigation was underway to collect digital evidence and identify those involved in the cyber attacks. “It’s too early to draw conclusions. We are assessing the damage caused by the attack,” he told BuzzFeed News.

However, an anonymous official told BuzzFeed News that “It’s pretty obvious [Russia is responsible] because hardly anyone else has the motive for such actions.”

Josep Borell, Head of EU Diplomacy, condemned the attack and said the EU will support Ukraine.

“We are going to mobilise all our resources to help Ukraine to tackle this cyber attack. Sadly, we knew it could happen”, Borell told reporters at a meeting in Brest.

Ukraine has been the victim of several major cyberattacks in recent years, including attacks on its power grid, government agencies, transportation systems, and businesses.

NotPetya, one of the most destructive malwares in history, first targeted Ukraine before spreading around the world in 2017.

Russia has denied its involvement in all past cyberattacks on Ukraine. However, amidst rising tension between the two countries, Ukrainian analysts highly expect Russian hacking attacks to take place.

With the build-up of Russian troops on the border with Ukraine, experts are worried the attack is the prelude to another military invasion of Ukraine. Officials in the US and Ukraine stated that a new invasion would likely happen alongside hacking and disinformation campaigns.

Russian state television released images on Friday of more Russian forces deploying in a drill. Armoured vehicles and other military hardware were shown being loaded onto trains in the Eastern Military District.

“This is likely cover for the units being moved towards Ukraine,” said military analyst Rob Lee, a fellow at the U.S.-based Foreign Policy Research Institute, as reported by NBC News.

The attack comes just after talks between NATO and Russia this week failed to deescalate the situation on Ukraine’s border, with the Kremlin refusing to pull back its military. Washington and NATO “are not ready to meet our key requirements,” Russian Deputy Foreign Minister Sergei Ryabkov announced on Thursday.

The situation has deeply concerned NATO Secretary-General Jens Stoltenberg, who stated on Wednesday: “There is a real risk for new armed conflict in Europe.”

The economic war with Russia has already cost the West $380bn

evoMAG raises its first major funding in 17 years as it pursues expansion in Romania and abroad.

Deal to accelerate SeedBlink's coverage as a pan-European player, broadening its geographic footprint in CEE and Benelux.

Online shopping has become increasingly popular in Serbia, even though the market lags behind Central and Western Europe.