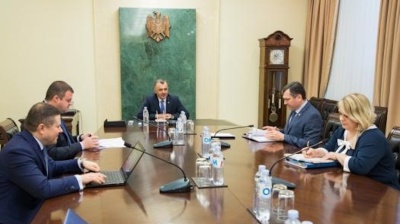 The Moldovan government is examining the option of issuing Eurobonds this year to finance infrastructure projects, a government statement said on May 13. Money raised would be used for road construction and rehabilitation, construction of aqueducts and sewerage, investments in irrigation stations, and public transport, Mold-Street.com reported.

This comes in the context of the Constitutional Court having rejected, for reasons not yet explained, the law on the ratification of a €200mn loan from Russia, part of a bigger €500mn financing agreement aimed at investments in infrastructure.

The idea of issuing Eurobonds was for the first time voiced by the newly established government of Prime Minister Ion Chicu at the end of last year. At that time it was announced that the government is considering "the solution of tapping the international financial market with a seven-year Eurobond as of 2021, in a total amount of $500mn”.

During a meeting convened by Chicu this May, officials examined the necessary steps and the national legal framework governing each of the stages involved in a Eurobond issue.

The Ministry of Finance is already discussing the issue with rating agencies. The paths followed in the placement of Eurobonds by Armenia and Serbia were examined and the solutions identified by these states in contracting consulting companies and project preparation were noted. Serbia’s finance ministry said on May 11 the country raised €2bn from a seven-year Eurobond issue, which will be listed on the London Stock Exchange.

Chicu ordered that information on projects of national importance be collected from all central authorities, that their value and priority be examined and evaluated. The set of projects will be discussed with national experts in the field to determine prioritisation. This should, in principle, determine the size of the issue.

“The objective of issuing the Eurobond is to modernise and industrialise the country. We need resources to boost the process of raising the standard of living and to create stable and well-paid jobs in the country's districts,” said Chicu.

Chisinau’s last Eurobond issue was back in 1997. In 2002 it restructured the $40mn bond over another seven years.

However, last April, Trans-Oil Group, a major trader and processor of oilseeds in Moldova and the main operator of the country's sole port Giurgulesti, issued a $300mn bond but it had to accept 12% yield. The bond was issued by Cyprus registered Aragvi Holding International, the vehicle that owns the holding.

Remittances to Moldova spike in May amid lockdown relaxation in Europe

If confirmed by the final results, PM Andrej Plenkovic's HDZ would fall short of an absolute majority but be in a strong position to form a new government.

The National Bank of Ukraine was in damage control mode on July 3 as it lionised its departing governor, Yakiv Smolii, and released more details of why a planned issue of a 12-year $1.75bn Eurobond was immediately cancelled on the news.

The country has reported a significant rise of new confirmed cases with around 80% of them in Belgrade in the last few days.

Preliminary results show clear victory for HDZ in Croatian general election
7 hours ago
NBU lionises Smolii, clarifies cancellation of Eurobond decision
1 day ago
Serbia declares state of emergency in Belgrade as coronavirus cases spike
1 day ago
No protests, but police continue to randomly arrest pedestrians on Belarus Independence Day
1 day ago
Governor Smolii’s departure from the NBU creates the risk of devaluation of the hyrvnia or default on its debt this year
2 days ago