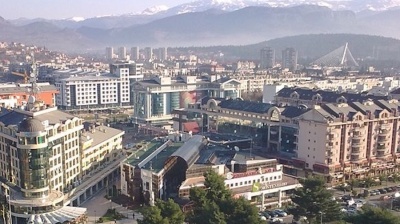 Moody's Investors Service said on September 9 it has affirmed Montenegro's B1 long-term issuer and senior unsecured debt ratings, as well as the country’s Not Prime (NP) short-term issuer rating and the stable outlook.

The ratings were affirmed due to Montenegro's high income level in comparison to peers which is balanced by its narrow economic base that is exposed to external risks.

“The affirmation of Montenegro's B1 rating balances its stronger position compared to regional and rating peers in terms of wealth levels against its small size and economic base that expose it to external shocks, leading to a more volatile growth performance that peers,” Moody’s said in a statement.

On the other hand, Montenegro’s economy diversification remains limited, as tourism accounts for about 25% of GDP and employment. The country is vulnerable to fluctuations in external demand due to its narrow export base, both in terms of sectors and destinations.

The country’s public debt remains high, limiting fiscal space. Montenegro was assessed as being at risk from insufficient liquidity and external events, as well as rising political instability.

The stable outlook reflects Moody's expectations that Montenegro’s debt will decrease in 2022, while fiscal risks related to the construction of the key Bar-Boljare highway will remain contained.

“While the spillovers from the Russia-Ukraine military conflict weigh on the economic and fiscal outlook, Moody's expects limited credit implications given moderate trade and financial linkages with the two countries, and in particular limited energy ties with Russia,” the rating agency said in the statement.

However, Russia and Ukraine accounted together for almost 16% of tourist arrivals in 2021 and the country is struggling to compensate their absence this year.

“While preliminary indications suggest that the performance of the tourist sector during the summer season has been strong, Moody's expects a significant growth deceleration this year, with real GDP projected to expand by around 3.5% in both 2022 and 2023,” the rating agency noted.