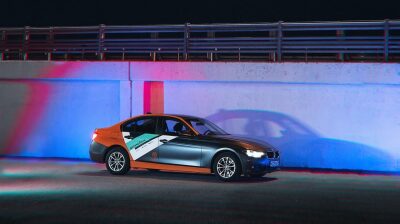 Russia is ahead of the race in car sharing as Russian companies throw themselves into the business, building up some of the biggest shared fleets in the world.
By Stephen Bierman of NEO September 29, 2021

Car-sharing businesses worldwide will likely be looking to Moscow in the coming years for tips as the Russian capital has built up the largest fleet globally amid increasing global competition.

Car-sharing has been an area of focus in tech and among environmentally friendly policy makers, as both seek efficiency gains in transport. Studies have shown that the average privately owned car sits idle for up to 90% of the time.

Meanwhile, tech entrepreneurs seek profits via organising better transport. Legislators and activists seek fewer cars on the road as a means to fight global warming. They both may have a point.

Moscow’s fleet of 30,000 vehicles comes from a number of fast-growing providers, including Yandex.Drive and Delimobil – the latter of which may list shares, according to Reuters. The business is, of course, not limited to Moscow. However, future attention over success or failure will likely be drawn there.

The model is simple: free-floating car rental with no pre-defined pick-up and drop-off points. The free-floating element is crucial, as point-to-point rentals cannot offer the same convenience to consumers. What’s the point of renting a car if you can’t drive directly to your destination? With the technological infrastructure behind Delimobil and its other Russian competitors, the process of renting a car becomes as easy as renting an electric scooter or a bicycle.

In other markets, such as the US, companies like ZipCar were unable to offer the same level of convenience due to the point-to-point rental system. Russia has bypassed that, with the main players Delimobil, Yandex.Drive, CitiDrive and BelkaCar all catering to the tech-savvy population with easy-to-use apps and the free-floating model.

Delimobil has been the main player turning up the heat in Russian markets. In the past year, it has expanded its fleet to 17,000 cars and sits atop the pack for market share along with Yandex.Drive.

With that, car-sharing is off and running and not looking back in Moscow. Consumers can choose to drive anything from a simple VW Polo to a more luxurious Mercedes GLC. Low prices make it accessible for its main audience – young, cosmopolitan adults, who want to drive without the burden of owning a car. A 24-hour rental costs just around RUB2,500 ($34), incomparable to ZipCar in the UK, where a 24-hour rental will cost GBP70 ($95).

The car-sharing boom in Russia versus other markets may be making a virtue out of a necessity. Price is the main factor, as incomes remain flat versus the rising cost of owning a car. However, the future may show that Russian consumers are just taking a smarter, more logical approach to transport.

Moreover, with Russia having so many cities with over 500,000 people, the urban population which car sharing predominantly targets has a lot of room to grow. There must also be an obligatory mention of Russia’s harsh winter climate, which makes using a car much more appealing.

So while Moscow will be the car-sharing world’s Petri dish, the expansion has plenty of head room beyond. And some of the players are already discussing that. While maintaining its focus on Russia, Delimobil may later expand into neighbouring countries.

Given the first-mover advantages of the large roll-out in Russia, expansion becomes more, rather than less, likely. In the meantime, it will be all eyes on Moscow and what impact it has on how the business develops. This includes Delimobil’s plans for an IPO, which could seek to raise around $350mn.

And of no less interest for policy makers will be the impact of the business on transport, lifestyle and the environment as a whole.