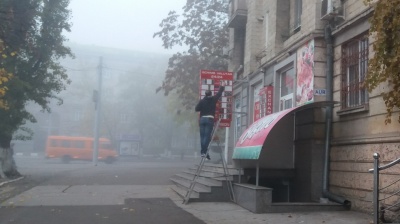 Moldova’s finance ministry cut its 2022 GDP growth projection to 0% this month from the earlier projection of 0.3% due to the global crisis, noting the impact of the war in neighbouring Ukraine and rising global energy prices.

Moldova, one of Europe’s poorest countries, thus faces stagnation at best this year as a severe drought in the agriculture-heavy economy comes on top of international inflationary pressures and the impact of the war in neighbouring Ukraine.

While industrial output is projected to grow by 1.5%, the agriculture sector is expected to shrink 18% because of the worst drought for 500 years that has affected much of Europe including Moldova. Moldova is one of the most affected regions in terms of worsening of vegetation conditions, according to a European Commission report on the drought’s impact on agricultural production in Europe.

At the same time inflation is soaring in Moldova, reaching 33.6% y/y in July, up from 31.8% y/y in June. Electricity and gas prices rose the most, but there was also a substantial increase in food prices compared to the same month of 2021.

The full-year projection is now just shy of that figure, as the ministry raised it to 29.5% from the previous 21.9%.

The National Bank of Moldova responded with a series of rate hikes, the latest being on August 4, when the monetary policy interest rate was raised by 3pp to 21.5%, with the same interest rate corridor of +/-3pp.

Energy sector imports were also behind the hike in Moldova’s current account deficit, which shot up by over 50% y/y in the second quarter, also increasing sharply as a share of GDP.

The gloomy prognosis from the finance ministry in Chisinau is broadly in line with the range of projections from international economists made earlier this year.

The International Monetary Fund (IMF), which currently projects modest growth of 0.3% this year, warned earlier in August that real GDP is expected to stagnate in 2022.

“The war in Ukraine … continues to affect the Moldovan economy significantly … Spillovers from a worsening global outlook, supply disruptions, and higher input costs, are compounded by adverse drought conditions on agricultural production,” the IMF said.

The European Bank for Reconstruction and Development (EBRD) was rather more optimistic in its latest set of forecasts in May, in which it projected 1% growth this year, though it warned that rising gas prices are a major risk for Moldova.

On the other hand, Moldova is also among just six economies in the Europe and Central Asia region forecast by the World Bank to shrink this year, the others being the combatants Russia and Ukraine, plus Kyrgyzstan, Tajikistan and Belarus. According to the World Bank’s June forecasts, Moldova’s economy will contract by 0.4% in 2022.

Meanwhile, the Vienna Institute for International Economic Studies (wiiw) projected Moldova is heading for a contraction of 1%. This is in contrast to the 11 EU members of the region whose economies have proved much more resilient to the crisis, or even the aspiring EU members of the Western Balkans, where growth is expected to come in at a more modest but still positive 2.9%.

From crisis to crisis

Two years ago Moldova was badly hit by the coronacrisis, as it suffered several waves of the pandemic that put severe pressure on its health service, remittances from Russia and other foreign countries slumped and its relative poverty meant it struggled to secure vaccines.

There was a robust recovery in 2021, when Moldova fully reversed the 8.3% contraction in 2020 and ended the year with a 4.4% advance versus 2019. However, this rebound ended abruptly when Russia invaded neighbouring Ukraine.

Moldova, one of the two poorest countries in Europe along with Ukraine, suddenly had to accommodate hundreds of thousands of refugees, 90,525 of which were still in the country as of mid-August. Despite the country’s lack of resources, the authorities in Chisinau and ordinary Moldovans were quick to offer hospitality to those fleeing the fighting in Ukraine. While it has received help from international donors, the burden on Moldova has been severe.

On top of that, many Moldovans fear that if Russia makes enough territorial gains in Ukraine, their country could be next. The eastern part of the country has already been controlled by Russia-backed separatists since the early 1990s. Ever since the invasion, the fear has been that Russia could take the Ukrainian Black Sea city of Odesa, then strike towards Moldova to create a land bridge to the separatist republic of Transnistria.

These fears have been somewhat allayed as Russian forces got bogged down in fighting in Ukraine, and the government in Tiraspol has sought to reassure Moldovans that they do not intend to become embroiled in the war (though there are more hawkish voices within the unrecognised republic).

Moldova has, however, suffered economically from the war. Both Ukraine and Russia are major trading partners. While Serbia, one of Russia’s few remaining friends within Europe, got a new gas deal on favourable terms this spring, the deal Moldova signed with Gazprom last November has led to sharp rises in the country’s gas bills, which gas company MoldovaGaz has repeatedly struggled to pay.

All this led analysts from Chisinau-based think-tank Expert-Grup to argue that the country is facing a “perfect storm” in a presentation published ahead of a donor summit in July.

This storm comprises “rising energy and food prices, high inflationary expectations ahead of the winter season when gas prices reach maximum highs, war at the border that skyrocketed logistic costs, disrupted value-chains and induced huge uncertainty among firms, households and the government, along with drought and stagnation or even recession for this year,” the presentation said.

Despite the increase in international support, “Moldova is unprepared for the emerging two risks: the potential new inflationary wave caused by the draught and the upcoming seasonal increase in gas prices”, Expert-Grup warned.

“There are increased signs that the drought this summer will undermine a substantial part of the agricultural output, leading to another wave of price spikes for foodstuffs. Moreover, the upcoming winter season could double or even triple the gas prices, generating another inflationary shock for the economy. This will be followed by further tightening of the monetary policy, putting additional burden on indebted firms and households (as most loans are issued at flexible exchange rates),” said Expert-Grup.

While other countries in emerging Europe face similar pressures, few had as difficult a starting point as Moldova where, according to the think-tank, a quarter of the population lives in absolute poverty, and foodstuffs and utilities account for around 60% of household expenditures.

The Moldovan government has had to revise the 2022 state budget to mitigate the negative impacts of the energy and refugee crises stemming from the war in Ukraine and also approved new measures related to the energy crisis. These are being considered by the parliament between August 26 and September 8.

There are, however, some more positive developments, notably the EU’s decision to grant the county — along with Ukraine — EU candidate status. That is already helping to drive reforms, with the government announcing in August that it is strengthening ministerial teams to better implement it EU agenda.

In addition, following wide-reaching reforms prompted by the notorious ‘$1bn bank frauds’ scandal, banks are doing well. “Well-capitalised, liquid, and profitable, banks have weathered the impact of the current crisis satisfactorily,” the IMF said in August.

Can Russia sneak gas into the EU via a Turkish gas hub?
12 hours ago
Roddy Scott Foundation providing education to the children of war-torn Pankisi Gorge
17 hours ago
Mongolians attempt to storm Government Palace as protests over coal profits scandal swell
1 day ago
Belarus Corruption Watch: living the high life with Dimitry and Anna Lukashenko
2 days ago
New START missile treaty suspended as tensions escalate between Russia and US
2 days ago