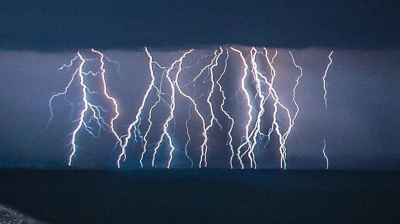 The world is facing multiple crises simultaneously: a pandemic, cost of living crisis, energy crisis, a war and more. How bad will it get? / bne IntelliNews
By Les Nemethy CEO and founder of Euro-Phoenix Financial Advisors October 5, 2022

According to historian Adam Tooze, we are currently potentially facing a “polycrisis”: a number of smaller to medium-sized crises in the world that have the potential to combine and reinforce each other. Think of a lot of small and medium-sized fires combining to form one magnificent conflagration. Historian Niall Ferguson talks of a crisis shaping up in the 2020s that could be significantly worse than the 1970s.

This article will first take a high-level view of potential drivers of such a crisis, and then an overview individual countries hurtling toward crisis.

Debt is always associated with fragility. Whereas during the 1970’s crisis, global debt was hovering in the range of 100% of global GDP, today it is in the range of 350%.

The US Fed was for a long time in denial about inflation, then labelled it as “transitory”.  Quantitative Tightening and interest rate hikes were postponed to the point where the genie was already out of the bottle by the time the Fed and ECB started raising interest rates. Over the past months the Fed has pushed through several 75 basis point increases (and the ECB a few relatively minor increases) – but this has proved too little and too late to stop inflation.

Taming of inflation typically requires positive real interest rates. Even after many interest rate hikes, real interest rates in the US remain in the range of negative 4 to 5%, and in Europe 8 to 10% as of beginning of October, 2022. Because of significantly higher debt levels, the pain inflicted by raising interest rates is by definition much higher than in the late 1970s. Something will break.

Another driver: climate change has been driving an agenda of substituting green energy for fossil fuels. The planning was done poorly, particularly in Europe. Even if we look beyond the colossal error of reliance on Russian hydrocarbons, fossil fuels were phased out faster than green fuels could be brought on stream, particularly with respect to satisfying base load capacity. The nuclear industry, a carbon-free source of base load capacity, was virtually shut down in Germany and curtailed in other European countries.

In the 1970s, the world enjoyed a number of helpful tailwinds, including favourable demographics and rising productivity; globalisation was just beginning.  These factors now constitute headwinds.  Most of the world faces a demographic cliff, globalisation is stalling or reversing, resulting in diminishing efficiency and productivity.

The above drivers were in place even pre-coronavirus (COVID-19) and pre-Ukrainian war. Covid and the war did serve to accelerate and aggravate each of these drivers.

A quick tour of the world

China is losing its locomotive effect on the world economy due to an imploding real estate sector (which accounted for almost one quarter(!) of GDP), aggravated by the demographic cliff the country is now facing. Covid lockdowns further diminish GDP growth and create supply chain havoc. The government’s insistence on recentralising power to the Communist Party is also likely to have a dampening effect on growth.

Continental Europe faces multiple challenges. The cessation of Russian gas supplies is perhaps the greatest. Meanwhile, Italy’s newly elected right-wing government may bring havoc to debt markets in Europe and put stress on the European banking system (at least half a dozen major European banks see share prices collapsing and have price-to-book ratios less than 40%). Bankruptcy of a globally systemically important bank (G-SIB) such as CSFB is not inconceivable.

Emerging markets throughout the world are in tough shape due to higher US interest rates and global crises sucking up global liquidity. Much of emerging market sovereign and corporate debt is denominated in US dollars, and with the appreciation of the dollar, are becoming increasingly difficult to service. Turkey and Argentina are approaching hyperinflation. Sri Lanka and Pakistan are basket cases. Russia, Iran and Venezuela are facing sanctions.

The UK is in crisis due to markets reacting poorly to giant tax cuts by the Truss government. The Bank of England had to suddenly reverse gear from Quantitative Tightening to Quantitative Easing, in a quest to re-establish stability, likely to accelerate inflation.

The US seems to be the only real economic locomotive of the world today; its job market remains surprisingly strong. Even the US economy is decelerating, thanks to ever-higher interest rates. Yet inflation in the US remains robust at over 8%, meaning that the Fed is likely to continue increasing interest rates – until something breaks. And then the world’s last economic locomotive loses traction.

Might that be the moment that triggers a “polycrisis”? Think again of various fires coalescing. Might it be the emergence of a new strain of Covid? Or the bankruptcy of a G-SIB creating a Lehman moment? The trigger or spark is almost irrelevant. We know there is a huge amount of combustible material…

Les Nemethy is the CEO and founder of Euro-Phoenix Financial Advisors Ltd and a former official at the World Bank.

CENUSA: Bringing Ukraine, Moldova and Georgia closer to the EU: a multi-speed progress.
3 hours ago
NEMETHY: How the Battle for Ukraine may change Europe
12 hours ago
COMMENT: The new Cold War will be different, and not only because of China
20 hours ago
PANNIER: Uzbeks, Kyrgyz cooperating to level unthinkable 10 years ago
7 days ago
PANNIER: A very Turkmen coup
11 days ago