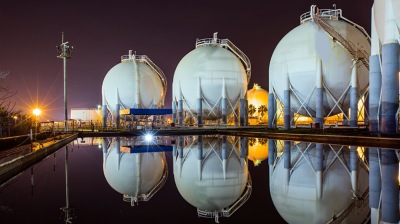 In the next phase in the ongoing gas wars, Russian President Putin has signed a decree transferring all the rights in the Sakhalin-2 gas projects to a new company and has given foreign partners in the project one month to apply for participation in the new entity. / wiki
By Ben Aris in Berlin July 1, 2022

Russian President Vladimir Putin signed a decree on June 30 that will transfer all rights and obligations of the Sakhalin-2 oil and gas project to a new Russian entity, in effect giving the Kremlin the power to nationalise foreigners’ stakes in what is one of the largest energy projects in the world, and escalating the ongoing gas wars.

Putin’s decree stipulates that Gazprom will keep its majority stake, but foreign investors must ask the Russian government for a stake in the newly created firm within one month or be dispossessed. The government will decide whether to approve any request.

Putin’s decree will only unsettle energy markets further and put more strain on the LNG market. Europe has imported record amounts of LNG this year as it races to fill its storage tanks ahead of the heating season. This week Europe imported more LNG than piped gas from Russia for the first time ever, but that has put pressure on LNG producers, as current production capacity is not enough to meet the demand from both Asia and Europe simultaneously.

In that sense, Putin’s decree can be seen as a move to put more pressure on the West by concurrently restricting gas supplies to Europe and creating more demand for LNG in Asia that will draw off supplies currently going to Europe. Gazprom has stoked fears of gas shortages that would lead to a major energy crisis this autumn after it reduced flows of gas to Europe by 60% in the middle of June. Germany has already declared an energy crisis “alert”, the second in the EU’s three-stage energy crisis warning system.

Shell said it would sell its 27.5% stake in the joint venture as part of plans to leave Russia altogether after the latter invaded Ukraine at the end of February.

Japan's Mitsubishi and Mitsui also own 10% and 12.5% stakes in the project respectively. Russia's Gazprom is the majority owner with a 50% plus one share stake.

Sakhalin-2 in Russia's Far East supplies circa 4% of the global LNG market and is a key source of energy for Asian countries and Japan in particular, which is heavily dependent on LNG imports.

Shell said it was “assessing the implications” of Putin’s decree that would allow its government to take charge of the Sakhalin-2 natural gas project. Shell owns a 27.5% stake and has not yet withdrawn from the project, despite the fact that several other international energy majors are in the process of exiting from their Russian investments.

Observers have worried that the Kremlin will start nationalising key companies in strategic sectors following the imposition of extreme sanctions in March. The West responded to Russia’s attack on Ukraine by launching what is in effect an economic war, with sanctions that are specifically designed to denigrate Russia’s economy, according to European Commission President Ursula von der Leyen, and limit the revenues the Kremlin can earn from its raw materials exports.

Putin’s decree creates a new firm that can take over the rights of the consortium’s Sakhalin Energy Investment Co. Japan imports 10% of its LNG each year from Russia, mainly under long-term contract from Sakhalin-2.

Japan has condemned Russia’s invasion of Ukraine and has sided with the West in votes in the UN against Russia. But bereft of energy of its own, it remains almost entirely dependent on energy imports. Tokyo has said it will not give up its interests in Sakhalin-2.

Japanese Prime Minister Fumio Kishida said on July 1 that Russia's decision would not immediately stop LNG imports from the development, while Japan's Industry Minister Koichi Hagiuda said the government did not consider the decree a requisition, Reuters reported.

"The decree does not mean that Japan's LNG imports will become immediately impossible, but it is necessary to take all possible measures in preparation for unforeseen circumstances," Hagiuda told reporters.

Japan has two to three weeks of LNG stocks held by utilities and city gas suppliers and Hagiuda has asked his US and Australian energy counterparts for alternative supplies.

A Mitsubishi spokesperson told Reuters that the company was also discussing with partners in Sakhalin and Japan's government about how to respond to the decree. Mitsui has yet to comment.

COMMENT: Emerging European tightening cycle coming to an end
Can we trust Russia’s economic statistics?
LONG READ: Is Russia’s economy headed for "economic oblivion" as a report from Yale says?