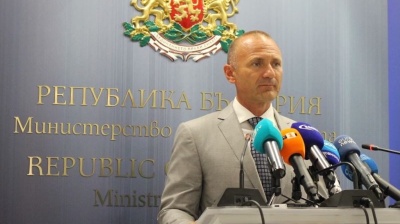 Democratic Bulgaria has demanded the immediate removal of caretaker Energy Minister Rossen Hristov due to his efforts to put the country back into the Russian energy orbit, it said in a statement on September 9.

Hristov refused to buy six out of seven tankers with US liquified natural gas (LNG) agreed by the former government of Kiril Petkov, and said that the country must start negotiations with Gazprom over a renewal of supplies.

Democratic Bulgaria is accusing Hristov of a “complete failure in the management of the gas crisis” and the attempt to make Bulgaria dependent on Gazprom again.

The formation said in a statement that it has decided to demand Hristov’s resignation following his interview with Capital weekly in which he admitted that Moscow took a political decision that Gazprom must not work with Bulgaria, but at the same time the energy minister keeps insisting that Sofia should find a way to persuade the Russian company to resume supplies of natural gas.

In the interview, Hristov also said that Europe does not need Bulgaria to get Russia angry, suggesting that this could lead to war in the country, which is a Nato member.

“Why do you need a European country that would be in conflict with Russia that is behaving aggressively with Ukraine? Why does Europe need Bulgaria to be in position to get Russia angry with whatever actions and to bring danger for the whole European Union,” Hristov said.

He added that if Bulgaria is attacked this would be an attack against Nato and the European Union.

“Why then would Bulgaria threaten the security of whole Europe? Historically, like it or not, Bulgaria is tightly connected to Russia,” Hristov also said.

These statements have angered the pro-Western Democratic Bulgaria that has been working to pull Bulgaria away from Russian influence since the start of the war.

“The result from the attempts to bring Gazprom back to the list of gas suppliers will return Bulgaria to Putin’s orbit and to his zone of influence in a moment when our country must be even stronger and categoric defender of the Euro-Atlantic values,” it added.

Democratic Bulgaria called on the caretaker government of Prime Minister Gulub Donev to focus on the urgent completion of the gas interconnector with Greece and take actions for real diversification of the sources of natural gas supply. Donev’s government has to issue the last documents for the interconnector but there were attempts in August to delay that. Yet, the caretaker government said the procedure would be completed by the end of September.