Plane war: Czechia and Russia ban each others flights only to reinstate them the same day 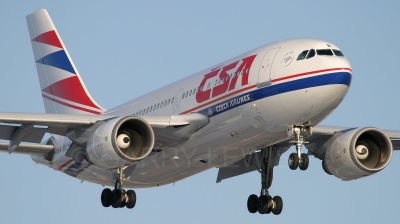 The Russian Ministry of Transport unilaterally banned Czech airlines Ceske Aerolinie (CSA) from flying over Siberia on the Prague-Seoul route the Czech Ministry of Transportation said in a statement on July 2. The airline said the ban was “a breach of the existing arrangements” and immediately banned Russian flights into Prague. However, implementation of the bans has been postponed for a week while the two sides try to resolve their differences.

Aeroflot and Ural Airlines operators immediately suspended flights to Prague on July 2, as a response. Later the same day, the Russian ministry changed its mind and said flights over Siberia operated by the Czech airlines would be allowed until July 7. The Czech ministry of transport reciprocated by temporarily suspending its ban with the same deadline.

“The Czech side does not intend to block the air traffic between the two countries, but it must defend the legitimate interests of its air carriers,” said the Czech ministry of transport.

“We consider the unilateral step of the Russian side to be completely unprecedented and threatening our business interests on the Prague - Seoul line. The situation is thus a return to the intergovernmental agreement of 1966, which allows only one carrier with frequency and capacity parity to operate on routes to Russia,” said a spokeswoman of Smartwings group which operates CSA Vladimira Dufkova, as quoted by daily iDnes.cz.

According to the Smartwings CEO Jiri Simane, the main reason for the unusual trade dispute between the Czech Republic and Russian Federation was an effort to add flights to Russian carriers, as cited in Lidove Noviny. When the Czech ministry disagreed with Russian demand, Russia carried out retaliation and banned the Czech Airlines from flying over Siberia.

Karlovy Vary Region would be one of the most affected parts of the country, as the only regular flight to the airport is operated by Pobeda, a low-cost subsidiary of Aeroflot. “At the moment, it is a key connection from Karlovy Vary airport to Moscow and the suspension would cause serious problems in the airport economic performance,” said Mayor of Karlovy Vary region Jana Mrackova Vildumetzova (ANO).