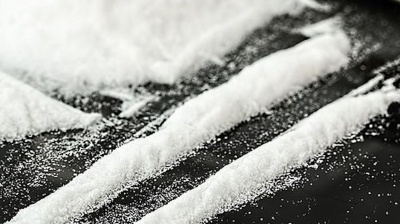 By Eldar Dizdarevic in Sarajevo August 1, 2021

Serbian President Aleksandar Vucic shared videos and pictures of violence and victims of organised crime groups during a live broadcast on pro-government TV Pink on July 24. The programme went out a few days after another top government official, Interior Minister Aleksandar Vulin, showed photos of mutilated bodies, which he said were taken from the mobile phones of members of Veljko Belivuk's organised crime group.

The disturbing content was released amid fears of a growing threat from Belivuk’s Kavacki clan, where there are still strong memories of the days when the Zemun clan, which was responsible for the assassination of Prime Minister Zoran Djindjic, terrorised Belgrade.

The Kavacki clan appears to have won the struggle for supremacy in Serbia’s cocaine trade with the rival Skaljarski clan. Both clans were named after small places in the Montenegrin Bay of Kotor, where the leaders of these clans come from. The two clans have been at war since police arrested members of the Zemun clan, the strongest criminal group in Serbia until then.

The issue has risen on the political agenda this year after the arrests of gang members in February, after which police found photos on their mobile phones showing torture and butchering of opponents, which they are believed to have used to intimidate others.

Publicly taking a stance against the clans — one of whose members have accused Vucic and Vulin of involvement in organised crime — will thus raise Vucic’s stock among Serbians, who will go to the polls in presidential and parliamentary elections next year. Also publicly taking a tough line on the situation, Vulin said a few days ago that he would not allow the creation of the Zemun clan again.

Vucic’s interview at the end of July, where he showed the videos and photos, was the most watched programme on television in Serbia in the last 30-40 years, the TV station said.

Vucic shared security camera footage of the murder of Vlastimir Milosevic, head of security of several restaurants in downtown Belgrade. Milosevic was killed on tram tracks in the Serbian capital after he blocked gang members from taking over the floating nightclubs on the Sava river that runs through the city.

"Today, criminals are not stronger than the state, they'd cringe like a dog. They can kill me and yet nothing will change. We are not going back to the old way. There is no going back, we will destroy the drug gang, cut off the mafia's head and create safe streets for our children,” the president said, reported B92.

Serbian media also reported that members of the Kavacki clan mocked, insulted and threatened Vucic at a Partizan football match. On July 26, TV N1 broadcast the testimony of one of the arrested members of the criminal clan, Marko Miljkovic, claiming he had met Vucic and Defence Minister Aleksandar Vulin, who, he alleged, asked them to do some jobs for the regime.

Vulin has denied the claims, saying that "if they [the group] had not committed such atrocities, it would have been funny." The Kavacki clan is especially brutal; some of its members were arrested after photos taken by members of the clan during the torture, murder and beheading of their opponents became public.

"I heard that Vucic and Vulin should give statements, that we are the owners of that slaughterhouse… I don't believe any child or man in Serbia believes in that," Vucic said. He added that he was ready to take a polygraph test.

The president also said he had not heard of any incident at a football match in Belgrade, adding he didn’t mind the shouts of "Vucic, gay" from some Partizan supporters.

Walter Kemp, a senior researcher at the Global Initiative against Transnational Organized Crime in Geneva, recently told Radio Free Europe "that Serbia has problems with organised crime", noting that criminal groups in the Western Balkans cooperate across borders, even between ethnic groups.

In a report by the Overseas Security Advisory Council in May 2020, the US embassy called Belgrade "a location that is a major threat due to crime targeting or affecting the official interests of the US government."

DATACRUNCH: Serbia makes a strong recovery from a modest crisis