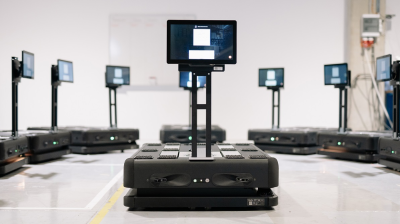 The project is expected to further optimise operations and increase the throughput of Atlantic Grupa’s central facility, which is already entirely digitised.

The company will develop a ‘swarm’ solution, with robots receiving instructions directly from Atlantic Grupa’s warehouse management system (WMS) and moving between picking zones. Employees within each zone will be able to place items on the robot platforms according to details displayed on the mounted touchscreen device.

"We're seeing a robotics revolution across industries, as well as changing attitudes. Robots are no longer seen as a threat, as they prove to be a useful tool, working side-by-side with people. With the new solution and the full integration of the robots into our logistics operations, we're planning not only to relieve the labour shortage pressures but to keep on top of market and customer expectations that are getting ever more complex, while at the same time safeguarding stability and profitability,"  Darija Pizent, director of supply chain management at Atlantic Grupa, was quoted as saying in the press release.

Zagreb-based Atlantic Grupa is one of the region’s largest food and consumer goods groups, with brands including Argeta, Barcaffe, Grand Kafa and Smoki.