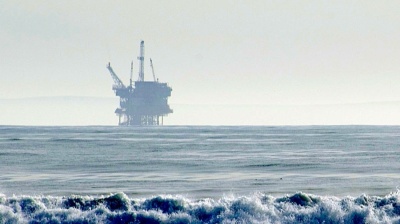 The Romanian Chamber of Deputies as the decision-making body endorsed the amendments to the Offshore Law on May 18.

The amendments have been expected for years to unlock several investment projects in the country’s Black Sea perimeters that are at various development stages but all of them blocked.

If they go ahead, the projects may bring 1bn cubic metres (bcm) of gas per year in the short term and another 6 bcm per year starting with 2027.

"It brings stability, predictability, and a friendly fiscal system," he added.

The bill was endorsed with 248 votes against 34 and was submitted for promulgation to President Klaus Iohannis. None of the amendments proposed by the opposition parties, reformist USR and radical AUR, were accepted. Eventually, AUR was the sole party that voted against the bill.

It remains to be seen whether the new legislation, which lowers the tax and removes export restrictions on gas, is enough to convince investors to go ahead with their plans.

Out of the projects, the largest one is operated by OMV Petrom in partnership with Romgaz (ExxonMobil previously), while the most advanced is operated by Black Sea Oil and Gas (BSOG, owned by Carlyle investment fund), which expects production in the second half of this year if everything goes well, while Lukoil is also operating a perimeter in Romania’s offshore area.

Lukoil, which operates the block in partnership with Romania’s Romgaz, announced in 2020 its intention to exit from the project.

In total, the offshore blocks would hold potential reserves of about 200 bcm of gas, Romania's consumption for about 19 years, according to estimates from the National Agency for Mineral Resources (ANRM).