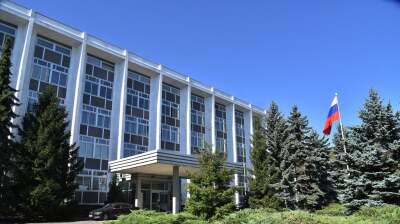 Bulgaria’s Prime Minister Kiril Petkov said on July 1 that the government will not accept an ultimatum by Russian ambassador to the country Eleonora Mitrofanova to cancel its decision to expel 70 diplomats.

A few days earlier, Sofia declared the 70 diplomats personae non grata, giving them until the end of July 3 to leave the country. As a consequence, Russian consulates in Bulgaria were closed.

On June 30, Mitrofanova gave the government until noon on July 1 to withdraw its decision, threatening that otherwise Moscow will close its embassy in Bulgaria.

“We shall not let Bulgaria take the wrong direction, [allow] a bunch of people to rob the public funds, prosecutors to continue not acting, foreign diplomats to give ultimatums until 12 p.m. We shall not allow this because we are not afraid,” Petkov said in a video statement on July 1.

Mitrofanova went even further, threatening that Russia will end its diplomatic relations with Bulgaria.

Analysts have suggested that such an openly hostile step as cutting off relations with Nato member Bulgaria would most likely be taken by Russian President Vladimir Putin himself.

After Petkov's response, Mitrofanova proposed the immediate closure of the embassy in an official statement also shared on the Facebook page of the embassy.

Meanwhile, Nato backed Bulgaria, saying the country has the sovereign right to decide to expel diplomats.

“The decision of Bulgaria to expel 70 Russian diplomats considered to be foreign agents is a sovereign decision that must be respected,” Nato spokesperson Oana Lungescu told Dnevnik news outlet.

“Nato allies strongly condemn the long lasting tendency [by Russia] to blackmail, the attempts to intervene in our democratic processes and institutions and to attack the security of our citizens,” she added.

“We stand in solidarity with our ally Bulgaria,” Lungescu also said.

The EU also backed Bulgaria’s decision, saying it was taken and executed according international diplomatic standards.

“The European Union regrets the unjustified threat of the Russian Federation to sever diplomatic ties with Bulgaria in response to Bulgaria’s decision, fully in line with international law, to expel 70 Russian Embassy staff who were acting in violation of the Vienna Convention on Diplomatic Relations,” the European External Action Service (EEAS) said in a statement on July 1.

“The European Union stands in full support and solidarity with Bulgaria in these circumstances and will follow this matter closely. Such a disproportionate step by Russia would only serve to further isolate it internationally,” the statement noted.

Meanwhile, the pro-Russian Bulgarian Socialist Party (BSP) urged parliament to order the government to withdraw its decision to expel the diplomats. The BSP pulled out of its coalition with Petkov’s Change Continues after the decision to declare the diplomats personae non grata, claiming the prime minister took it on his own without consulting his coalition partners.

Petkov provided detailed information about three reports from the national security agency to MPs at closed session. These reports contain extensive information that the expelled persons have worked against Bulgarian interests and in violation of international diplomatic standards.