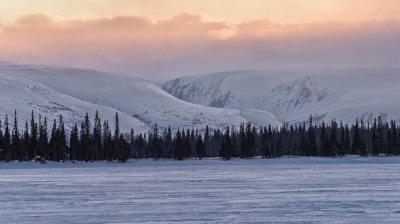 Russia’s Far North region of Murmansk will become a testing ground for “green” technologies as the Kremlin starts to ramp up its efforts to tackle the climate crisis
By Ben Aris in Berlin June 8, 2021

Russia’s Far North region of Murmansk will become a testing ground for “green” technologies as the Kremlin starts to ramp up its efforts to tackle the climate crisis after a slow start.

In a deal between the state innovation corporation Rusnano and regional authorities a carbon-free zone will be set up to test renewable systems and carbon capture technology.

The initiative follows on from a pilot programme on the Far Eastern island of Sakhalin at the start of this year that sets a cost of carbon on companies in a scheme that may be rolled out over the whole country.

“The Carbon-Free Zone is something that hasn’t happened anywhere else in Russia,” Rusnano CEO Sergei Kulikov said, announcing the agreement’s signing at the St. Petersburg International Economic Forum on June 3, as cited by the Moscow Times

The Carbon-Free Zone seeks to test renewable technologies and systems, which can later be expanded nationwide, including electric transportation and sustainable solid waste disposal, Kulikov added.

“The region will get a ‘green’ reputation and attract new investors. This, in turn, will lead to the creation of new high-tech jobs, improvements in the environment and ultimately an increase in local quality of life,” he added.

The project is expected to generate 12,000 tonnes of “green” hydrogen fuel with a wind farm per year by 2025. Rusnano stressed the Carbon-Free Zone’s importance given looming EU Green Deal carbon taxes on Russian energy exports such as coal, saying it will be primarily export-oriented.

Russia ratified the Paris Accords in 2019, but until this year most of the progress has been made by Russia’s leading corporates, which have been concerned after international investors were banned from buying their shares by Norwegian pension funds for having poor environmental, social and governance (ESG) scores.

But this year the Kremlin has had a change of heart and sees the green issue as something that will give it real clout on the international stage, mainly because of Russia’s physical size and the endless forests it is home to.

ESG as a theme in Russia was kicked off at last year’s SPIEF but this year it was one of the most prominent topics, with comments by Putin and a string of deals and investment projects unveiled by Russia’s most prominent companies.

Murmansk governor Andrei Chibis said the Carbon-Free Zone will also help reduce the burden on the regional environment. Russia’s far-northern regions are warming three times faster than the planet as a whole and have been hit with devastating environmental disasters like oil spills and historic wildfires in recent years, the Moscow Times reports.

The pilot project was announced days after Presidential Envoy on Sustainable Development Anatoly Chubais said Russia will have to abandon fossil fuels and reform its entire economy to catch up with global decarbonisation trends.

Yet despite the turn towards renewables, Russia’s Arctic strategy still aims to increase its fossil fuel production tenfold over the next 15 years.

Just 0.04% of Russia’s electricity comes from solar and wind compared with roughly 10% worldwide. The country is currently building its largest-ever wind power project in Murmansk and it is expected to start generating power from 2022.

The existence of a "greenium" is mostly justified by higher demand for green bonds. We estimate the greenium for each curve separately, ensuring it is not polluted by other factors such as sector or maturity.

Among Yandex's ESG priorities are reducing its carbon footprint, mainly from data centres and fuel use.

Private finance is crucial if emerging economies are not to be left behind in the race to net zero, the IEA warns.

Most commercial banks in North Macedonia aim to increase the share of green loans in their portfolios, central bank survey finds.

ING: So what is a greenium and how do we get to it?
3 days ago
Russian internet major Yandex outlines ESG goals
3 days ago
Central bank says 50% of Romanian bank loans bear climate change risk
4 days ago
bneGREEN: IEA calls for $1 trillion of annual investment into clean energy in developing economies
4 days ago
More than half of North Macedonia’s banks start providing green loans
5 days ago