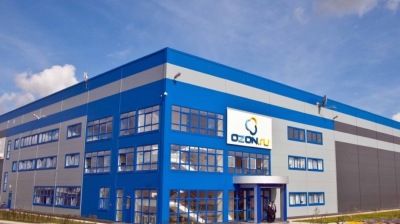 Meanwhile, industry players are wary about the tightening of regulation, saying that issues with the existing e-commerce platforms mostly qualify as isolated incidents and shouldn't be used as a pretext to heavily regulate the entire industry.

The proposal stipulates that all algorithms used by e-commerce platforms for ranging products and sellers should be made transparent, while all participants should retain control over pricing.

Among other proposed requirements for e-commerce platforms is a ban on ungrounded rejection for sellers and maintaining price parity. The anti-monopoly service should enforce the regulations through imposing fines and other penalties.

Experts have pointed to apparent flaws in the proposal. The disclosure of ranging mechanism could lead to cheating on the part of sellers, Fyodor Virin, partner of the analytical agency Data Insight, was quoted as saying by Kommersant.

He added that equal access to e-commerce platforms would deny preferential conditions for companies that are vital for the development of a specific product group or region.

The move to establish tighter regulation of e-commerce platforms was prompted by a conflict between the federal anti-monopoly service and the global hotel booking platform Booking.com, which demanded that hotels guarantee the best prices.

Back in 2019, the federal anti-monopoly service gave Booking.com a warning and subsequently launched a probe into it. The business community defended the booking services, saying that price parity would stifle competition, while the practice of guaranteed "best prices" enabled hotels to get ahead of competitors for a 25% fee.

The federal anti-monopoly service eventually ruled that the best price practice should be abandoned, and Booking.com is currently in the process of appealing against the decision in court.

Another prominent case that provoked demands for tighter regulation of e-commerce platforms took place last year when a major online marketplace told sellers it had the right to set prices other than those suggested by sellers, and introduce discounts.

The local office of the anti-monopoly service in Ivanovo region disagreed and complained to the national agency.

Sources in the market told Kommersant that a specific unnamed marketplace has been using unfair market practices, coercing sellers to reduce prices, while the overall industry is operating without major issues.

Some e-commerce operators agreed that a mediator between e-commerce platforms and small businesses is needed, but others, including major online retailer Ozon, the Russian equivalent of Amazon, said the industry's self-regulation has been good enough.

Online marketplaces have been actively developing in Russia since 2018. Last year, they saw a boost thanks to the coronavirus (COVID-19) pandemic, which put a lid on operations of brick and mortar retailers for various periods. Currently, online e-commerce platforms account for 11% of all retail operations in Russia, which is close to the global average.