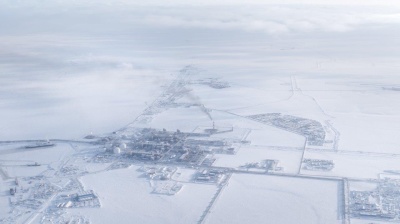 Hydrocarbon extraction development in the Arctic would require RUB5 trillion to RUB8.5 trillion of investment, but Russian oil companies would need up to RUB2.6 trillion ($41bn) worth of tax breaks to develop the region, Vedomosti daily reported on July 15, citing a letter from head of Rosneft Igor Sechin addressed to President Vladimir Putin and backed by KPMG calculations.

Since Western sanctions have limited exports of extraction technology and complicated joint ventures with foreign energy majors, discussions are ongoing as to whether Russia's largest companies will be able to maintain stable long-term oil output with Siberian brownfields alone, without tapping into challenging Arctic offshore fields.

About 60% of all Russian energy resources are concentrated in the Arctic regions, Energy Minister Alexander Novak estimated in 2017. In 2018, Rosneft announced that it discovered more oilfields in the eastern Arctic region.

Previous reports have claimed that "Oil czar" Sechin has already requested that Putin support the creation of an Arctic hydrocarbon extraction cluster. Sechin's Rosneft has another interest in Arctic sea transportation, as it controls Russia's largest icebreaker shipyard Zvezda.

In the latest request, Sechin reportedly proposes the Vostok oil project, arguing that the cost of financing in Russia currently stands at 11-12%, which requires the attraction of foreign investors, who in turn are interested in long-term fiscal conditions.

Such conditions would include waiving the mineral extraction tax (MET), real estate tax, and land tax, while discounting income tax from 20% to 7% and cutting social security installments from 30% to 7.6% for a period of 30 years.

Reportedly, Sechin also proposed cutting the MET for Rosneft's largest extraction asset Vankor, with the right to transfer the savings to the Arctic project.

Who's who in the new Russian government