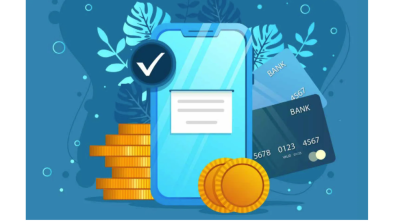 Alfa-Bank is in the process of acquiring Netmonet, a start-up that uses QR codes to automate tips in restaurants, cafés and beauty salons. In an agreement signed last month, the Russian lender is committed to acquiring the company fully for an undisclosed amount, reports East-West Digital News (EWDN).

Forbes Russia has estimated Netmonet’s valuation at approximately $4mn – a sizeable amount by local standards for a start-up launched just a year and a half ago.

In outlets using Netmonet, tips are paid electronically using a smartphone. No app download is required from customers.

Netmonet claims that the volume of tips increases from a 5-7% industry average to some 12% of bill amounts in outlets that adopt its solution. Outlet owners may also take advantage of interesting analytical and customer loyalty functions.

In just one month, this past January, the app generated RUB86mn (nearly $1.2mn) in tips. This is the leading electronic tip service in Russia, according to Alfa Bank. Among Netmonet’s competitors is SberFood (previously known as Plazius). However, using this service requires an app to be downloaded, creating a barrier for many customers, Forbes Russia notes.

The app was created by Yevgeny Vysotsky, a young McKinsey consultant, and his friend programmer Andrey Volodin. They received funding from three business angels – including former Sistema vice-president Yevgeny Chuikov – who brought in RUB10mn (around $150,000). As reported by Forbes Russia, the start-up experienced hard times during Russia’s lockdown last spring, but its operations have resumed and grown rapidly since summer 2020.