Serbia to deploy drones to follow high-speed trains after stonings 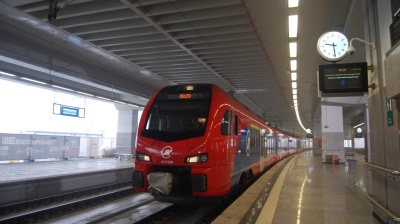 Drones will be used to follow and monitor the new high-speed trains introduced in Serbia this spring after a series of stonings.

The trains – dubbed ‘Soko’ or ‘falcon’ – were brought into operation in March following a modernisation of the line connecting the capital Belgrade with Serbia’s second city, Novi Sad, cutting the journey time between the two cities to just 36 minutes. The reconstruction of the line is part of a larger, Chinese-funded project to introduce a high-speed rail service between Belgrade and Budapest.

However, the trains have been the target of at least two attacks in the suburbs of Belgrade, the most recent being when a train was pelted with stones when leaving the station in Zemun on June 12.

"This behaviour is an act of vandalism and an exceptional danger to the safety of all traffic participants. The destruction of the railway infrastructure prevents the regular flow of railway traffic,” a statement from Serbian rail company Srbija Voz said.

“We warn that such an act of vandalism in the first place endangers the safety of passengers and railway traffic, but at the same time that great damage is inflicted on railway property.”

The statement added that minor damage to the trains was found, and they were returned to regular traffic. However, N1 reported on June 14 that older trains are currently in use on the route.

Business Insider: Western tech majors have tested or used controversial Russian face recognition technology
3 days ago
From 4G to 6G: How Russia seeks to develop mobile networks amid shortages of domestic frequency and foreign equipment
3 days ago
Should I stay or go for founder of Russian internet major Yandex
7 days ago
EVs in Uzbekistan bring problems and prospects
10 days ago
Poland-based Deepflare bags €1.5mn to fast-track mRNA vaccine development with AI
12 days ago