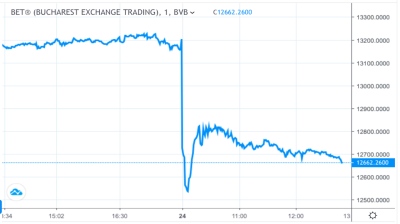 Stock prices plunged across Southeast Europe on February 24 as news broke of Russia’s invasion of Ukraine in the early hours of the morning.

The plunge in the main indexes of the region’s more active exchanges was in line with developments in major exchanges around the world, as markets were thrown into turmoil by the news.

On the Bucharest Stock Exchange (BVB), by far the largest in the region, the main BET index dropped from 13,201 points at the start of trading to a low of 12,529 points before reviving slightly during the morning but remaining below the 12,850 mark. 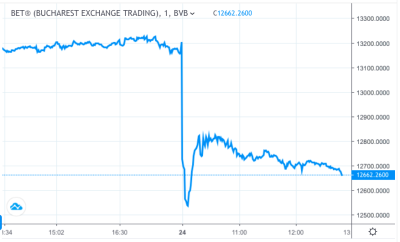 Among the companies to experience substantial losses on the morning of February 24 were Purcari Wineries, which has operations in Moldova, bordering Ukraine, as well as restaurant operator Sphera Franchise Group and construction materials company Teraplast.

The Zagreb Stock Exchange’s Crobex index was down -3,96% to 2,036 points. The biggest fall on the exchange was for Petrokemija, whose share price fell to a year-long low, but as in Romania companies across a broad range of sectors were affected. 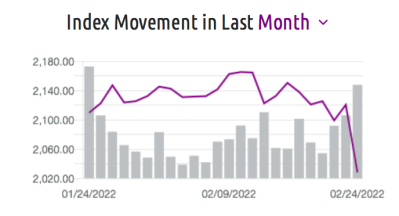 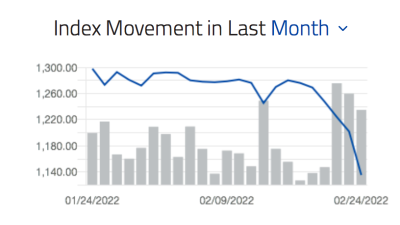