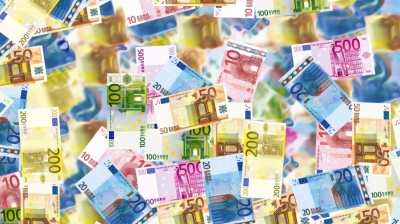 Billions of Western investors' euros are stuck in Russia since the latter's invasion of Ukraine / bne IntelliNews
By Jason Corcoran in London November 25, 2022

The two Swedish firms, which have blazed a trail investing in Russian equities over the past 25 years, were caught napping when severe sanctions were introduced earlier this year after war erupted on February 24.

International asset managers, hedge funds and pensions plans are believed to have about $90bn in equities stuck in Russia’s financial plumbing but the Swedish funds have possibly the largest exposure by proportion of assets under management.

Prosperity Capital, the most successful portfolio investor in Russia and the former Soviet Union, has a focus on purely Western institutional clients with long-term investment horizons. Clients in the past have included the largest US pension funds, European institutions such as the $1.2 trillion Norwegian Oil Fund, along with high-net worth individuals and some of the wealthiest family trusts in the world.

Swedish rival East Capital has less exposure to Russia after diversifying away from the former Soviet Union into China and frontier markets in Africa, the Middle East and Latin America. Unlike Prosperity, its investor base is more from the retail market, with Scandinavian pensioners making up a high proportion of its clientele.

Prosperity Capital didn’t reply to requests for comment. In its annual statement to UK Companies House in late October, the firm it had “significant investments in Russian companies and because it has not been possible to trade those securities after February 25, the investment funds managed by the group suspended calculations of the valuations of their portfolios, as well as the issuance and the redemption of shares in those entities”.

A spokeswoman for East Capital told bne IntelliNews that their flagship Russia fund had about €500mn at the start of the year, while its Eastern Europe fund also had an undisclosed exposure to Russian equities.

“We are working hard to recover assets and have successfully disposed of some, but this is all very complicated and time consuming,” said the East Capital spokeswoman. “We continue to work hard in the best interest of our clients.”

A week before conflict erupted, Prosperity’s Westman wrote to his clients on February 20 this year to reassure them there wouldn’t be a war after sensationally visiting the Ukrainian border himself to inspect the build-up of troops.

“There will not be a Russian-led invasion of Ukraine in my view,” Westman told his investors in an e-mail seen by bne IntelliNews. “There has never been any intention or desire by Russia to invade Ukraine. Why, then, are so many determined to believe otherwise? That is the real question.”

Westman’s firm views on Russia’s intentions for Ukraine date back much further. In an interview with bne IntelliNews in 2015, Westman told this journalist that the main misconception in the West regarding this conflict is that Russia is seeking to re-establish the old Soviet Union and that it’s hoping to acquire as much territory as possible in Ukraine.

Westman, who recently relocated from London to Italy, has been investing in Russia for 29 years and launched his firm’s flagship Prosperity Fund 26 years ago.  Before becoming a stockbroker, he served on the Russian desk of the Swedish Ministry of Foreign Affairs, having learnt Russian with the Swedish Armed Forces.

Prosperity’s Quest fund was the best performer globally for the decade ending December 31, 2009, with a return of 3,300%, according to data from Morningstar.

East Capital, which was set up in 1997 specifically to target investment opportunities in Eastern Europe,  has been hugely successful and grew in size at one stage to about $7bn in assets under management.

The group, which currently manages about €2.6bn, has offices in Stockholm, Hong Kong, Luxembourg, Moscow and Tallinn.

Its chairman Peter Elam Håkansson famously encountered a Soviet submarine after it ran aground on the east coast of Sweden in 1981.  As a 19-year-old Swedish marine, Håkansson got an early taste of how to tangle with Russians after being sent out to guard the submarine.

In a book published in 2012, Håkansson recalled the “exhilarating events” for him and his comrades.  “Here were two neighbouring European nations that should be trading with each other and engaged in developing mutual prosperity instead locked in an ideological battle that had spiralled out of control.”

A month after the war broke out this year, Håkansson admitted it was difficult now to value companies in Russia and it will be difficult to take money out of the county for “a long period into the future”.

In an interview posted by East Capital, Håkansson said his best advice is to “simply wait and see”, to make the best out of the situation and to reduce the losses for investors as much as possible.

He said: “I don't see this being a market that people are going to be able to invest in freely for a long, long time...for risk-related and ethical reasons."

Despite Håkansson’s pessimism, East Capital has been lobbying “various stakeholders within the EU” in an attempt to initiate certain exemptions, which would facilitate the transfer of shares and ensure that EU investors do not get punished by EU sanctions targeting the Russian state.

The Russian market was due to open in late June to non-resident investors but this was postponed due to EU sanctions being imposed on the National Settlement Depository (NSD), which creates significant obstacles for EU-based funds trading local shares in Russia.

East Capital said the move to sanction the NSD was unexpected and makes it nigh on impossible for European investors to trade Russian equities.

“Indeed, all our positions are held in the NDS, with whom brokers and custodians are reluctant to have any dealings with until there is clarification around sanctions,” said East Capital. “Our hope is that this is an unintended impact of these sanctions, and the EU will issue a clarification that permits trading of secondary equity and debt via the NSD.”

While both companies have shuttered their Russian and Eastern Europe funds to trading, Prosperity Capital and East Capital are understood to be still charging their clients fees.

In its recent filing, Prosperity said in June this year some of the investment funds managed by the group had agreed “to use alternative calculations of portfolio values in order to calculate management fees, although only certain management fees have been paid in 2022.”

Furthermore, Prosperity’s directors are continuing to meet regularly to consider lifting the suspension of portfolio valuation calculations and the resumption of regulator payment of management fees, in the event that the sale of securities becomes a reality.

Despite the turmoil caused by the freezing of their investments, Prosperity director Joseph Keane said the firm has sufficient funds to meet liabilities for at least the next 12 months.

“The group will continue to monitor the sanctions environment, securities market and geopolitical events,” said Keane in the filing. “However, as a result of the impact of the invasion of Ukraine on the group and company’s ability to generate revenue, the directors have concluded that there is a material uncertainty related to events or conditions that may cast significant doubt on the company’s ability to continue as a going concern.”

Ukraine spiralling towards default, according to Fitch

Turkey’s regime working overtime to ensure no lira ‘freak show’ ahead of elections
Ukraine spiralling towards default, according to Fitch
NPLs soaring in Ukraine

Poland basks in the glory of being Europe’s chief ally of Kyiv
1 day ago
Russia forges ahead with gas ambitions in Uzbekistan, Kazakhstan
3 days ago
Mongolian government accused of rushing through veiled law that dismantles freedom of speech
4 days ago
Russia is preparing for spring mass mobilisation
4 days ago
Davos climate change debates hindered by lack of Russian, Chinese delegates
4 days ago