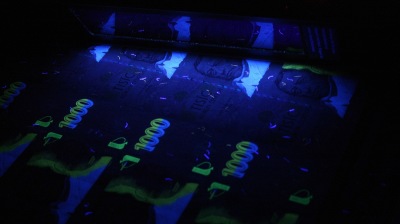 The biggest banks in the Czech Republic, Ceská Sporitelna, CSOB bank, Komercni Banka and UniCredit bank confirmed that they are ready to invest up to CZK7bn (€274.9mn) in the National Development Fund, according to the Czech Government press release published on June 28. By investing into public spending the banks would avoid the threat of a sector progressive tax proposed by the Social Democrats.

The Fund will be able to commit at least five times its capital, or approximately CZK35bn (€1.37bn), to investment projects.

The agreement between the government, led by Czech Prime Minister Andrej Babis, and the biggest banks in the country to set up the NDF to invest into long-term projects of public interest was made in May.

“The Czech Banking Association welcomes the project of the National Development Fund, which is significantly more progressive and innovative from an economic and practical point of view than the introduction of any form of additional sectorial taxation,” said the association in its press release back in May.

The banks will provide money as soon as the fund acquires necessary license from the Czech National Bank and suitable investment projects are selected and prepared. By the end of September, a Memorandum of Understanding will be prepared between the government and the investors.

The main role of the fund will be to invest in projects that society needs for its social and economic development. In particular, it will focus on public infrastructure. “The projects to be funded through the development fund should in the first phase focus on infrastructure. E.g. motorways or road rings, hospitals or university campuses,” said Babis, quoted by the government.

Investments will be made also by the large corporations that are doing well in the Czech Republic, which will be interested to invest in the long term in the country. “It will be a fund of funds that will be based on a purely voluntary basis,” added the Minister of Industry and Trade Karel Havlicek (ANO), as quoted by daily Hospodarske Noviny.

The founder of the fund will be the Czech-Moravian Guarantee and Development Bank (Ceskomoravska Zarucni a Rozvojova Banka). In addition to the fund, the National Investment Council will be set up, whose members will be the representatives of government, investors and independent experts, who will approve the fund's investment strategy. Investors will receive investment shares.