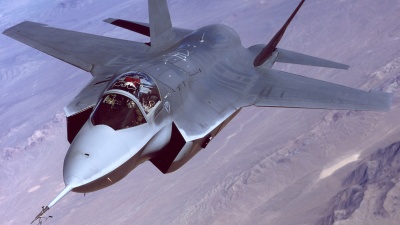 So that’s definitive, right? Nato member Turkey will not be getting its hands on any F-35 stealth fighter jets.

Who can ever know with the present White House, but on July 16 US President Donald Trump—with analysts wondering to what extent Washington would punish Ankara for purchasing Russian S-400 missile defence systems, parts of which have started to arrive in Turkey—remarked: “Because of the fact that [Turkey] bought a Russian missile, we’re not allowed to sell them billions of dollars’ worth of aircraft. It’s not a fair situation.”

Meanwhile, appearing before the Senate Armed Services Committee, while testifying at a confirmation hearing, Trump’s nominee to become US defence secretary, Army Secretary Mark Esper, told senators: “The policy that I have communicated to my counterpart, if confirmed, [Turkey’s] defence minister, is that you can either have the S-400 or you can have the F-35, you cannot have both. Acquisition of the S-400 fundamentally undermines the capabilities of the F-35 and our ability to retain that over-match in the skies going forward.”

In going ahead with taking delivery of S-400 systems, Turkish President Recep Tayyip Erdogan has expressed some confidence that Trump will stop his officials from inflicting substantial sanctions on Turkey, and in his latest comments Trump did show a clear reluctance to punish the Turks. “We’re working through it, we’ll see what happens. But it’s not really fair,” Trump told reporters at a Cabinet meeting at the White House.

Blaming Obama
The president did not explain exactly what’s not “fair” about the situation—Turkey has had plentiful warnings not to defy the US and Nato by acquiring S-400s and the US has had ample time to conclude that allowing Turkey to simultaneously fly F-35s would degrade the value of the world’s most advanced and expensive jet by exposing its performance data—and he appears to be blaming it on his predecessor, Barack Obama. It was Obama, he said, that “forced [Turkey] to buy another missile system” by failing to sell America’s Patriot missile system to Turkey. However, under both Obama and Trump, the US has been in talks with Ankara to sell it Patriots. Nothing has come of them. CNN reported that the US has worked to sell Turkey Patriot missile systems since 2013, but Washington has baulked at Turkey's technology transfer demands.

It sometimes seems that if there is one thing the US president loves it is bringing in the bucks from massive arms sales, and Trump lamented the job losses that would be caused by the ban on manufacturer Lockheed selling more than 100 F-35s to Turkey. He added that “frankly I've always had a very good relationship [with Erdogan]”.

In his remarks, Esper also said that Turkey has "been a longstanding and very capable Nato ally, but their decision on the S-400 is the wrong one and it's disappointing".

Trump didn't raise the prospect of new S-400 sanctions on Turkey, but they are on the table. Administration officials and lawmakers have warned for months that Turkey would face sanctions if it went ahead with buying the Russian systems. Erdogan has said the S-400s will be fully operational by April 2020.

There is now the prospect of Russia stepping up efforts to sell Turkey fighter aircraft to replace the F-35s it is barred from purchasing. Where all of this leaves Turkey’s Nato membership is one big question that will come more into focus.