Ukraine and Lithuania imported record amounts of power from Belarus, but move to break ties with its power grid 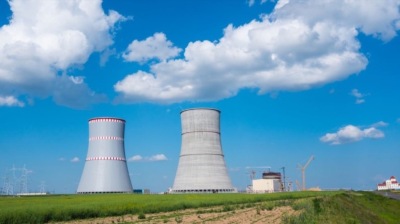 LIthuania and Ukraine both imported record amounts of power from Belarus in January after the Ostrovets nuclear power plant went online. But neither country wants to continue to import power from Belarus.
By Ben Aris in Berlin February 17, 2021

Ukraine imported a record amount of electricity from Belarus in 2020, as other neighbouring EU countries cut their ties with the Belarusian power grid.

Ukraine imported more than 183mn kWh of electricity from Belarus in January, according to Ukraine’s national energy company Ukrenergo, as cited by BelaPAN, making Belarus the single biggest supplier of power to Ukraine and accounting for two thirds (67.3%) of imported power.

Ukraine purchased more electricity from Belarus in January than it did in all of 2020, when it bought a total of 153mn kWh. The imports were partly due to problems in the domestic power sector where Ukraine is running dangerously low in coal to power its own power stations, much of which increasingly has to be imported from Russia.

Part of the reason for the surge in imports was that Belarus’ Ostrovets (aka Astravyets) nuclear power plant (NPP) went online at the end of last year and reached 100% capacity in January.

The Russian-financed and built power station produces far more power than the republic needs. Minsk was hoping to reduce its dependence on Russian oil and gas imports, and heat and power its economy and at the same time earn some extra revenue by exporting power to its western neighbours in the Baltics and south to Ukraine.

However, the plan has backfired, as Lithuania has strenuously objected to the power station which it claims is unsafe and which is only about 70 km away from Lithuania capital Vilnius across the border. The Lithuanian government has gone as far as supplying the entire population of the capital with iodine tables and run mock evacuations in case of an accident at Ostrovets.

The spike in exports from Belarus to Lithuania come after Vilnius threatened to break the Soviet-era power grid ties between the two republics. Two of the main transmission lines linking the two countries were switched off in January “for repairs” but Vilnius has not gone as far as actually cutting the connections.

Since the break-out of mass protests and the condemnation of Belarus, especially by the Baltic states, following the disputed August 9 presidential elections, attitudes towards Belarus have hardened.

“We urgently need to separate from the united system of Belarus and Russia and unite with the European one. And this will be one of my main tasks, so that we are part of Europe, part of a normal market, where there is no arbitrariness of monopolists, where there is a normal and transparent price. It is in the interests of Ukraine, our energy security and energy security – it's national security," Vitrenko said during an interview with a local TV channel on January 22.

Vitrenko is a former senior executive at Ukraine’s gas monopolist Naftogaz and led Kyiv’s negotiations with Moscow on a new transit deal and the efforts to collect a multi-billion dollar award from Russia’s Gazprom handed by a Stockholm arbitration court – a fight he won, securing both the payment and a new gas transit deal for Ukraine.

Rosatom, the state-owned Russian nuclear power company, has dismissed the Baltics' objections to the power station on safety grounds as political. It says that its power stations meet all of the most stringent international safety standards and is currently a world leader in the export of nuclear power technology with more than 40 international projected underway at various stage of development and another 40 projects in Russia.

The bottom line is that power exports by Ostrovets have become very politicised. As long as Belarus' self-appointed President Alexander Lukashenko remains head of the government in Belarus then none of the country’s Western neighbours are likely to be willing to import power, despite the economic and environment advantages of the power station.

Officials say previous governments gave out apartments and loans to magistrates and political figures at a total cost of around €25mn.