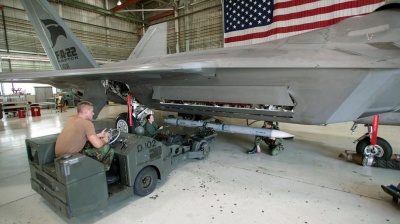 Hungary's government has made a request to purchase an estimated $500mn of US missiles, which has been cleared, local media reported on August 28 citing an announcement by the US Defense Security Cooperation Agency (DSCA).

The US State Department approved more than $4.2bn worth of potential weapons sales for this week, which also includes Japan, South Korea, Lithuania and Denmark.

"Hungary intends to use these defense articles and services to modernize its armed forces and expand its capability to deter regional threats and strengthen its homeland defense. This sale will contribute to Hungary's interoperability with the United States and other allies. Hungary should not have any difficulties absorbing this equipment into its armed forces," the DSCA said in the announcement released on Tuesday.

Hungary is seeking to spend an estimated $500mn on the purchase of 180 AIM-120C-7 Advanced Medium-Range Air-to-Air Missiles (AMRAAM) with equipment, software and support from Raytheon.

The deal would be would be the largest arms procurement since Hungary began its army modernisaton programme in 2017. The Orban-government has accelerated efforts to overhaul its ageing weaponry.

It launched a defence and military development programme named Zrínyi 2026, under which it is upgrading the air force with the acquisition of new aircraft and helicopters, modernise weaponry and boost cyber security.

Hungary is planning to meet Nato's 2% target for defense spending of the country's GDP in a few years. There is HUF616bn (€1.9bn) available for military expenditures in next year’s budget, some 17% more than in 2019.

The acquisition of US military equipment was also discussed during PM Viktor Orban's talks with US President Donald Trump in May in Washington. A few weeks later parliament approved legislation allowing the stationing of US troops in Hungary as part of the new defense cooperation agreement (DCA) between the two countries, which replaced an agreement from 1997.