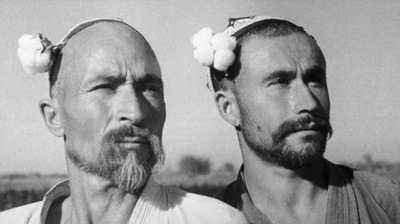 in an extremely radical reform, the Uzbek government has privatised its entire cotton sector
By Ben Aris in Tashkent November 5, 2021

In the most radical of all reforms made since Uzbek President Shavkat Mirziyoyev took over in 2016, the entire cotton sector has been privatised and production of this vital crop is now entirely owned by private companies.

Uzbekistan has been intimately associated with cotton since Soviet days to the extent that the country’s national emblem features cotton buds on one side and wheat on the other – and wheat production is in midst of privatisation on the same lines, which is due to be completed next year.

“There used to be a state company Uzpaxtasanoat that owned everything. Today that company has been closed down. It doesn’t exist anymore! It’s an extremely radical reform. In my personal opinion [it] may be too radical,” Alisher Sukurov, Deputy Minister for Agriculture, bluntly told bne IntelliNews in an exclusive interview. “But we decided there was no other way and now it’s finished.”

Uzbekistan doesn't boast the hydrocarbon resources that its neighbours Kazakhstan and Turkmenistan enjoy, and after independence in 1991 the country’s main hard currency earner was cotton exports. The sector was tightly controlled by former president Islam Karimov, earning the country some $3bn a year.

Farms were state-controlled and the Karimov administration was constantly tinkering with the forms of financing and production targets, but Mirziyoyev has abandoned the old system entirely and simply sold everything off.

Mirziyoyev kicked the process off in 2019 with a decree that launched the sale of the cotton assets, which took less than two years to complete. The sector was broken up into “clusters” that united the farmers and the cotton processing facilities, and two forms of privatisation were adopted.

In the first, private investors – almost entirely domestic companies, many of which were moving into agriculture for the first time – bought the cotton mills and the farmers in their catchment area were forced to sell to the local mill in order to preserve jobs and output levels.

“We were concerned not to disrupt the cotton production,” said Sukurov. “Cotton remains an important strategic sector and a priority. We don't want to de-emphasise the sector. But the approach as to how it should be managed has completely changed. The government doesn't want to be involved in regulation, quotas or setting prices. All of that has been transferred to the private sector.”

The government has been adopting a suck-it-and-see approach, as Sukurov explained that the first challenge was how to value the assets. “I would not have bought some of the mills, as the equipment was very old and worn out,” Sukurov said in his characteristically direct way, but sold they were. “It was done on a “first come, first served” basis.”

The ministry reports there was no lack of investors. The sector was broken up into around 100 clusters, all owned by different companies. Uzbekistan seems to have avoided the trap that Ukraine fell into, where a few very large agricultural companies snapped up the lion’s share of access to the land leases and built up a few oligarch-controlled agro-industrial concerns that concentrated the business in a few hands.

During the transformation process about 10% of the privatisations have already failed because the inexperienced new owners could make the business work. But the government does not seem unduly concerned, as a bit of “creative destruction” was to be expected.

“In the old days everyone in the Ministry would follow the cotton-picking campaign closely. There was a newsletter that reported exactly how much had been brought in in each region and even the security guards at the front door knew the numbers of each region,” Sukurov said excitedly. “But this year we honestly had very little idea. It just is not relevant any more. We have other things to do now.”

The second method of privatisation was introduced more recently. Once the groundwork was laid, the government decided to adopt an even more radical method with a new presidential decree that has put the sector entire on a market basis: since February this year farmers have been free to sell to anyone they liked based purely on price. This has introduced competition between the clusters and created a domestic market price for raw cotton.

“There was some resentment amongst farms who were tied to a certain mill,” said Sukurov. “We didn't want to go down the road where the sector was regulated and prices controlled by the government, or the farmers forced to work at fixed prices. So they were given the freedom to sell to anyone.”

The government has retained the ownership of the land and Sukurov says the discussion of selling the land is “on the agenda to be on the agenda” but not for the foreseeable future, as there are still many other reforms to be done. But farmers have been given long-term leases, and amendments to the law are in the works to protect their rights better so as to encourage investments.

The government has also helped with the financing of agricultural production, as farming is a seasonal business and needs sophisticated funding by the largely state-owned banks.

“The government is still providing funding to the clusters at low rates. But next year that will also start to be put on commercial terms,” said Sukurov.

The ministry is now turning to developing the rest of the sector. With the success of the cotton privatisation, next up is wheat production, which will be finished next year and will use the cotton sector’s privatisation as a template. Here there is also a state holding that owns everything, Uzdonmahsulot, but it should cease to exist sometime next year.

Connected to these reforms are also some restrictions on buying equipment – Uzbekistan is a big producer of tractors, among other things, and farms were forced to buy the made-in-Uzbekistan equipment to support the local industry, but those restrictions are also in the process of being removed.

Sukurov says that the Agriculture Ministry is working hand in glove with the Finance and Economics Ministries to reform the agriculture sector, which remains the backbone of the economy. Sukurov say the Ministry’s focus is shifting to improving nutrition and it is working closely with the Ministry of Health, with special attention being paid to women’s and youth health issues connected to diet, using the EU’s Agricultural Knowledge and Innovation Systems (AKIS) as a blueprint.

“For us, what is important is the transparency of the system, to create an enabling environment. Not everything is perfect. There are still a lot of problems to work out. It’s still a highly subsidised sector. This is a new initiative to respect the value chain,” said Sukurov. “The whole thing will be complete by 2022. The entire Uzbek agro sector will be entirely in private hands. There is no other way.”

This article is from bne IntelliNews’ monthly magazine that covers business, economics, finance and politics of the 30+ countries of New Europe.

Read it for free here

Send any questions of enquires to sales@intelliNews.com

Ukraine together with Russia is one of the world’s biggest grain exporters and already the main source of wheat for many developing countries. A Russian invasion of Ukraine would smash its agricultural sector and send grain prices rocketing.

The way the utilities system is designed meant that a whole series of related essentials were quick to fail.

War in Ukraine would send global grain prices soaring, threatening a possible repeat of the Arab Spring
13 minutes ago
Uzbekistan: How a power outage sent a country into meltdown
5 hours ago
Emerging Europe M&A soars by 55% to €94bn in 2021
1 day ago
Lithuania looks for quality, not quantity in fintech
1 day ago
Who needs a war?
2 days ago